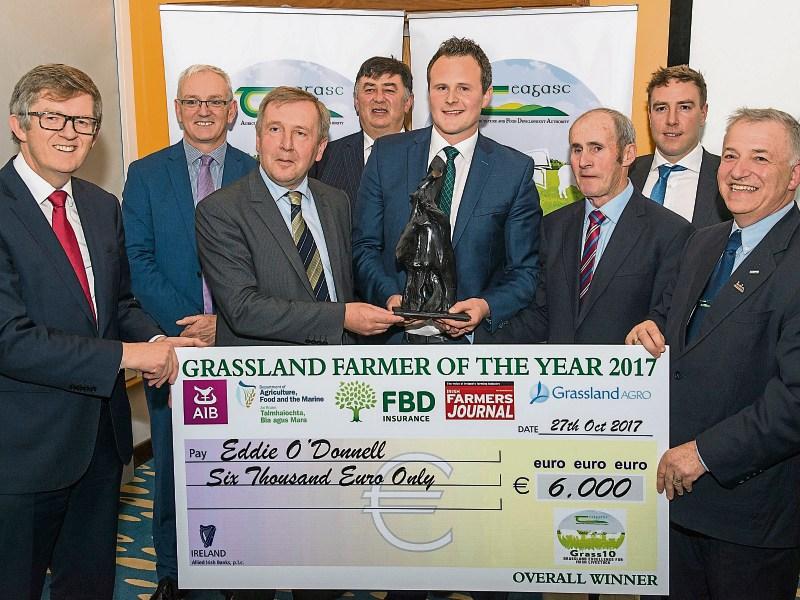 The first ever overall winner of the Grassland Farmer of the Year Award is Eddie O’Donnell from Golden, Cashel.

The Grassland Farmer of the Year competition recognises those farmers who are achieving high levels of grass utilisation in a sustainable manner.

Fourteen farmer finalists, who emerged from over 100 applications, gathered in Teagasc Moorepark, for the awards. The Grassland Farmer of the Year Awards is sponsored by the Department of Agriculture, Food and the Marine and it is one of the major initiatives as part of 2017 Year of Sustainable Grassland Production.

“These awards represent the culmination of their efforts and an acknowledgement of their endeavour, skill and excellence in the area of grassland management. I believe that this competition will provide more focus and exposure of how to succeed at grassland to the wider livestock industry,” said Minister for Agriculture Creed.

Teagasc director, Professor Gerry Boyle said: “Teagasc research indicates that grass utilisation can be increased significantly on farm. This competition, with an overall prize fund of €30,000,brings together and recognises the top 14 farmers in the country who are utilising best practice and the latest research on their farms.”