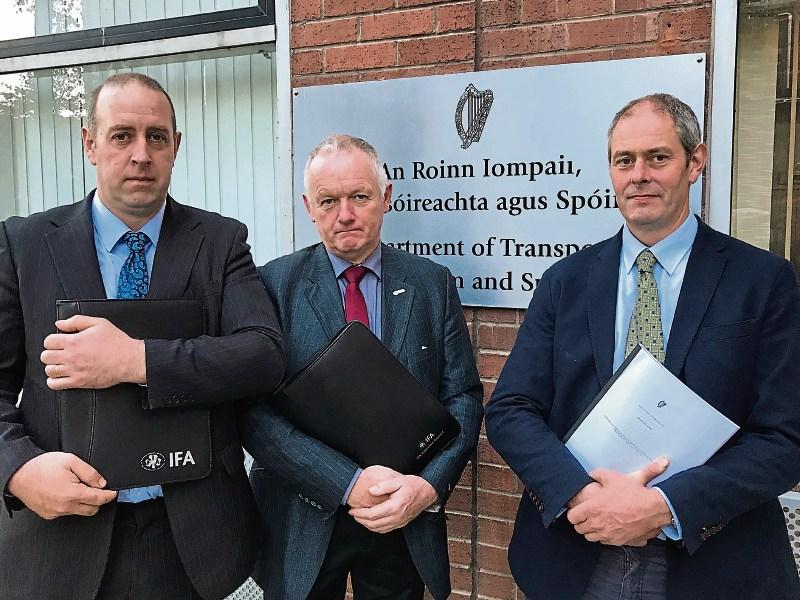 IFA has secured a commitment from the Department of Transport that there will be full negotiation with the IFA and other key stakeholders ahead of the implementation of any aspects of a roadworthiness test for tractors.

Earlier this year, when IFA raised farmers’ concerns on the issue, Minister for Transport Shane Ross gave a clear commitment that ahead of the drafting of any national regulations on tractor testing, the RSA would engage with key stakeholders affected.

This did not happen and Minister Ross proceeded to sign the relevant Statutory Instrument into law last month without any consultation.

Following the meeting, IFA president Joe Healy said: “There was an acceptance that the consultation process promised to IFA will now take place in full with all aspects on the table.

“We will now get down to negotiations with the Minister and the Department to ensure that normal farming activities are excluded from tractor testing.”

He said that IFA now expected all tractors used for farming and for bringing farm produce and raw materials to and from the point of sale will not be subject to testing.

Meanwhile, ICSA president Patrick Kent said after the meeting that it was time for common sense to prevail on the issue.

“The lack of consultation regarding the introduction of this directive has resulted in ludicrous proposals being presented, such as the unworkable 25km rule. This has resulted in widespread panic amongst farmers who felt they were going to be penalised for simply carrying out their farming activities."

Mr Kent said that a process of engagement with stakeholders had now begun which will hopefully bring a sense of clarity to the situation.

ICSA will be pressing the Department to ensure that NCTs will not apply to tractors used for the purposes of farming or agricultural contracting, he said.