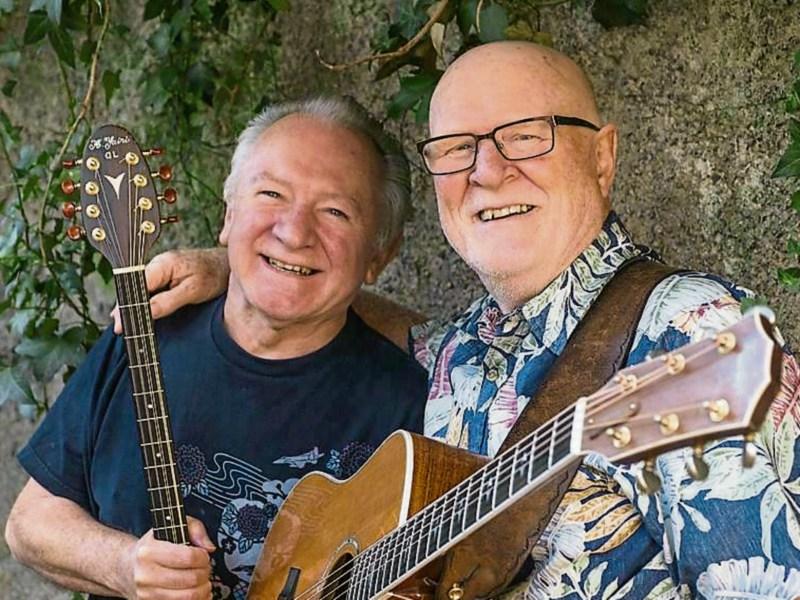 Two stalwarts of Irish music over the past 45 years, Donal Lunny and Mick Hanly will play a special concert in Nenagh Arts Centre this Saturday, November 11, at 8pm

The combination of songwriter Mick Hanly and multi-instrumentalist and composer Donal Lunny is a marriage made in musical heaven.

Both have honed their musical skills to perfection and play with a freshness and enthusiasm that belies their years on the road.

In the 1970s Lunny produced Hanly’s two folk albums, Kiss In The Morning Early and As I Went Over Blackwater.

After his departure from the groundbreaking Planxty, he went on to found and fronting the hugely influential Bothy Band. Their paths crossed again when Hanly took over from Christy Moore as vocalist in Moving Hearts. After 14 months with the band he quit to concentrate on song writing. The Hearts went on to record the instrumental album The Storm, which contained Lunny’s composition Tribute to Peadair O’Donnell.

Meanwhile, Hanly clocked a huge success with Past The Point Of Rescue, recorded by Hal Ketchum. When recording his latest album, Homeland, Hanly called on Lunny to add his unique sound to 4 of the tracks.