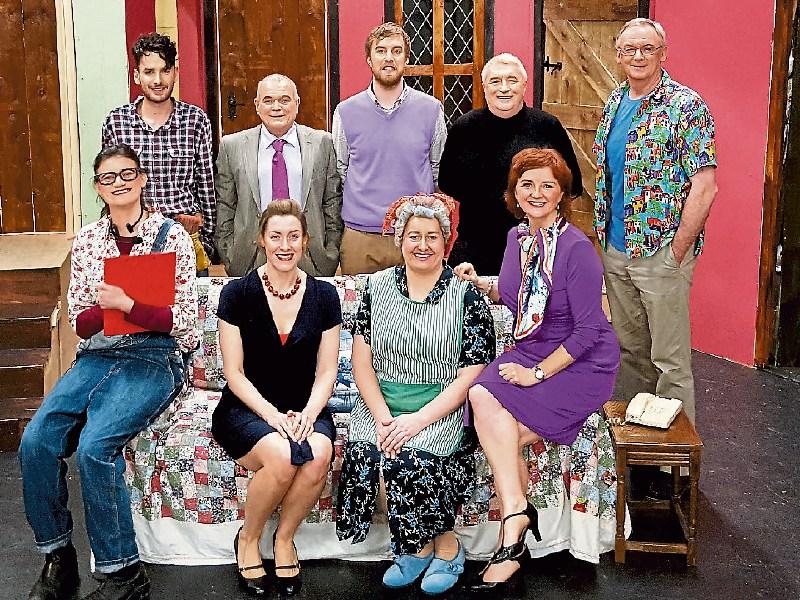 The Nenagh Players rturn to Nenaagh Arts Centre this ewek for a five-night run that is guaranteed to have you rolling in the aisles with laughter.

Starting this Wednesday, November 15, with a gala performance in aid of Nenagh Summer Camp, the Players are reprising Michael Freyn's hilarious Noises Off.

First staged by the local group 21 years ago, the show wil see Irene O'Meara return to the role she played back then, Belina, while Kevin Walshe, who directed in 1986, is back again as director while also taking a part on stage.

Tickets for the gala, which includes a reception in Rockys at 7pm, cost €20 and are available from Nenagh Summer Camp committee members or 089-2023739. The show starts at 8pm each night. Tickets for Thursday to Sunda can be bought through Nenagh Ars Centre.

Noises Off is considered to be one of the greatest farces ever written.

Meanwhile, the film The Founder, the true story of how Ray Kroc (Michael Keaton), a struggling salesman from Illinois, met Mac and Dick McDonald, who were running a burger operation in 1950s Southern California. The rest, as they say, is history.

The Founder screens on Wednesday, November 22, at 8pm. Tickets: €5.