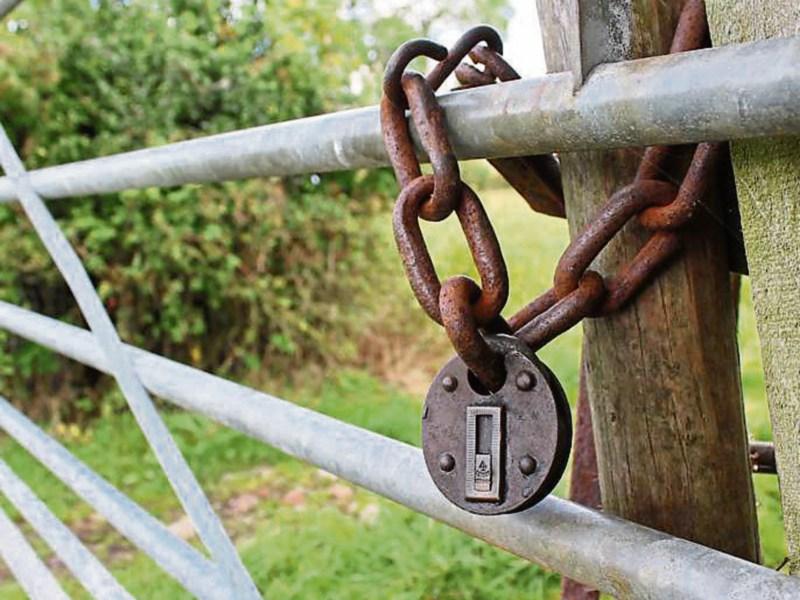 Mr Kent was speaking following the release of the third and final report from ICSA’s National Agricultural Crime Survey undertaken in conjunction with WIT.

“We now know that two thirds of Irish farming families have been affected by crime relating to their farming enterprise and that many in rural Ireland have little confidence in how An Garda Siochana and the judicial system are tackling the issue,” he said.

The general perception was that reporting crime was futile; there were inadequate resources to get convictions and even when convictions were secured, repeat offenders were getting off far too lightly, said Mr Kent

ICSA rural development chairman Seamus Sherlock added that ICSA had provided proof that agricultural crime was hitting farmers’ pockets at a time when most were struggling to make ends meet at all.

“Financially, it’s wreaking havoc, not to mention the stress and emotional impact these crimes have. We cannot accept crime as part and parcel of life in rural Ireland. As a result of the startling findings of the survey ICSA is committed to bringing the issue of rural crime to the top of the political agenda,” he said.

Mr Sherlock sad that ICSA would encourage farmers to report all instances of crime to the Gardaí even if they cannot see any immediate benefit from doing so.

“The figures revealed in this crime survey need to be reflected in official Garda statistics so the scale of the problem can be recognised and appropriate resources put in place,” he said.

Findings of the third report indicate that 45 per cent of respondents did not report instances of agricultural crime to the Gardaí.

Among the reasons given were, “waste of time; no action taken by Gardaí when reported a previous theft incident(s); no prosecution arose from previous theft incident(s) reported; asset(s) previously reported stolen were not recovered; unsure when asset(s) was stolen; Gardaí would be unlikely to trace the thief and/or the stolen assets; believed value and/or quantity of asset(s) stolen was not significant enough to warrant reporting; knew the person(s) involved in the theft; farmer dealt with the theft him/herself; fear of retribution; Garda station closed (either permanently or at the time when wanted to report the theft incident); and, no local Garda with knowledge of the area and/or community.

The report also suggests that the level of recovery of stolen assets is very low (8 per cent) and respondents recorded less assets were recovered “by Gardaí” (3 per cent) than by “other than Gardaí” (5 per cent).

“We are witnessing the whole fabric of rural society being decimated with farmers feeling more and more isolated and side-lined. Nobody should have to live in a state of constant fear and anxiety as a result of feeling under siege due to lack of Garda resources,” said Mr Sherlock.