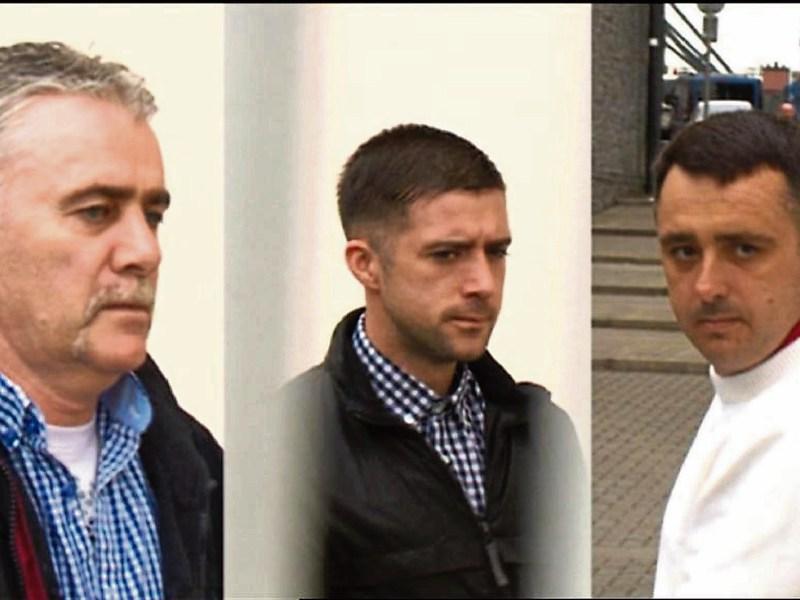 THREE criminals, one of whom is from Tipperary Town, have received lengthy prison sentences for their roles in two violent burglaries in County Limerick more than five years ago.

Patrick and Philip Roche were also convicted of similar charges relating to an incident at the home of three elderly members of the Creed family at Ballyluddy, Pallasgreen on May 31, 2012.

Imposing sentence this Friday, Judge John Hannan said the actions of the defendants had been deliberate and pre-planned and were terrifying for the two families. He said any sentence he imposed had to have a “deterrent effect”.

The judge said the level of violence perpetrated, the use of weapons and the targeting of families living in rural Ireland were aggravating factors he had to consider.

Speaking briefly after the sentences were handed down, Tommy Creed – a brother of Willie, Nora and Chrissie Creed – welcomed the sentences praising the judge while Gerard Garvey said he and his family believe justice has been served and that are now getting on with their lives.

Earlier this month, Sgt Mike Reidy said all three defendants have criminal records and that both Patrick Roche and Alan Freeman were on bail at the time.

Patrick Roche has 139 previous convictions and is currently serving a 17-year prison sentence for a serious offence.

Philip Roche has 37 previous convictions while Alan Freeman, who has 22 previous convictions, is currently serving an 11 year prison sentence relating to the theft of around 40 guns from a firearms dealer in Carrick-on-Suir, County Tipperary in January 2009.

He told Michael Collins BL, instructed by state solicitor Aidan Judge, that around €10,000 in cash was taken from the Garvey and Creed homes and that the occupants of both houses were assaulted, tied up and threatened by the raiders.

During the trial, the jury of seven men and five women heard from a large number of gardai as well as several civilian witnesses.

The trial also heard evidence from two witnesses who have each been convicted over their involvement in the aggravated burglaries.

Laywers representing the three defendants said their clients had made certain concessions which meant certain witnesses were not required to give evidence – including members of the Creed family who are all aged in their 70s.

Judge Hannan was told Philip Roche and Alan Freeman are both working in prison and have completed several courses.

The sentences imposed on Patrick Roche and Alan Freeman are to be served consecutively to sentences they are currently serving for separate offences.