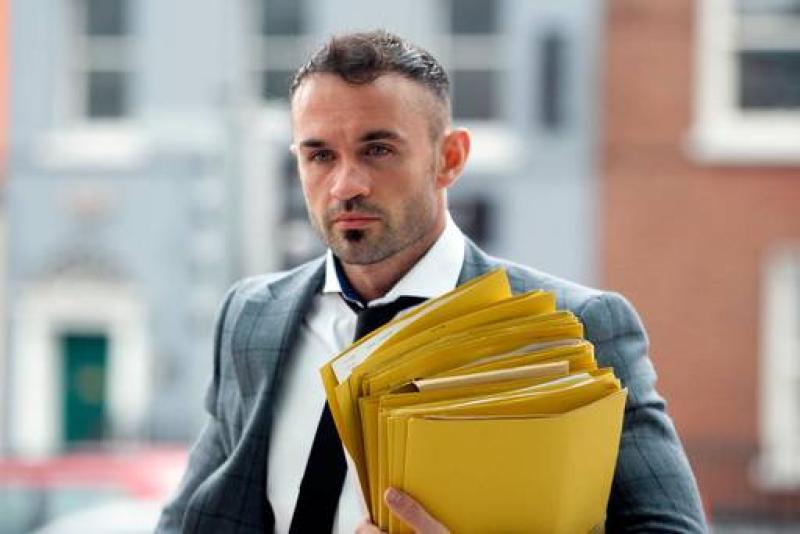 A Dublin-based solicitor who has represented a number of Tipperary defendants in local district courts is facing a charge of bringing cocaine into Mountjoy Prison during a professional visit.

Aonghus McCarthy, 32, of Wellington House, Clancy Quay, Dublin, 8, but who is originally from County Cork, is charged under the Misuse of Drugs Act of bringing cocaine valued at €25 into Mountjoy Prison for a person in the prison, on February 8, 2017.

Mr McCarthy, who denies the charge, is well known in local legal circles, having represented local defendants during his regular appearances in local district courts.

Mr McCarthy, represented by solicitor Michael Hanahoe, was before Judge Anthony Halpin at the Dublin District Court this Friday.

Sgt Eimear Curran told the Judge Halpin that the Director of Public Prosecutions has directed summary disposal in the case.

She told the court it would be alleged the defendant entered the prison for a professional visit with an inmate. He went through a search area where he put his belt and wallet on a conveyor belt to be scanned, it was alleged.

As they passed though the scanner a prison officer observed a black object inside the wallet. The prison officer found a bag with a “white powder substance inside”. It was suspected that it was a controlled drug and gardai were contacted, the court heard.

Sgt Curran said the accused agreed to be interviewed at Mountjoy Garda station where he denied having known possession of the suspected drug or that he intended to pass it to an inmate.

Mr Hanahoe said he was seeking a date for a hearing. He said that there was a single issue which required his client to give evidence.

The court heard that there will also be two State witnesses giving evidence.

Judge Halpin ordered that the trial take place on March 14, 2018.

He agreed to Mr Hanahoe’s request for the case to be listed for mention next Friday to see if an earlier trial date was available.
Mr McCarthy was excused from having to attend the case next week.