Tipperary roads to have more potholes as funding is slashed 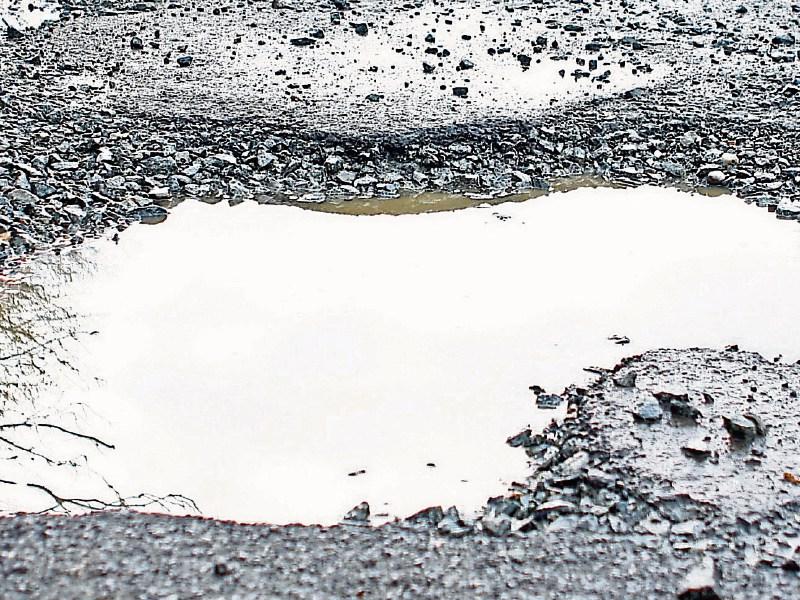 Fianna Fáil TD for Tipperary, Jackie Cahill has said that he is shocked to learn of extensive funding cutbacks for roads maintenance Tipperary in 2018.

Deputy Cahill was commenting after Transport Infrastructure Ireland (TII) took the extraordinary step of writing to all local authorities, including Tipperary County Council to warn them that the Ordinary Maintenance Allocation for roads will plummet by 30 per cent in 2018.

The overall national road current expenditure budget for 2018 is set to fall by 15 per cent when compared to 2017.

“This revelation is truly shocking. A cut of this nature will only exacerbate the already poor roads network in the county,” said Deputy Cahill

The Fianna Fail TD said that the Minister for Transport and the Government can trumpet the national increase in funding for the Department, but it was clear from the letter that local authorities will see their allocations drop next year.

“Tipperary’s roads are already in a severe state of disrepair. I have consistently raised the need for the re-establishment of the Laneway Improvement Scheme (LIS) to ensure that laneways are safe to use,” he said.

“It’s beyond belief that when this was raised with the Taoiseach and the Minister for Transport, they were oblivious to it, and its implications,” said Deputy Cahill.

He said that there was no doubt this cutback will have a damaging impact on Tipperary’s roads.

“Road users can expect to see more potholes and increased damage to their cars and higher repair costs in 2018,” said Deputy Cahill.

He pointed out that road maintenance budgets had already suffered from significant cutbacks in recent years and this had had a detrimental impact on transport infrastructure.

“Minister Ross should be dramatically increasing the funding allocated for roads maintenance, but instead he is overseeing the implementation of damaging cutbacks,” he said.

Deputy Cahill said that Minister Ross needed to review this issue as a matter of urgency.

“Where exactly is the additional money he secured in Budget 2018 actually going towards? It’s perfectly clear from the TII that it is not going towards roads maintenance budgets,” said Deputy Cahill.