Silvermines journal continues to mine a rich heritage 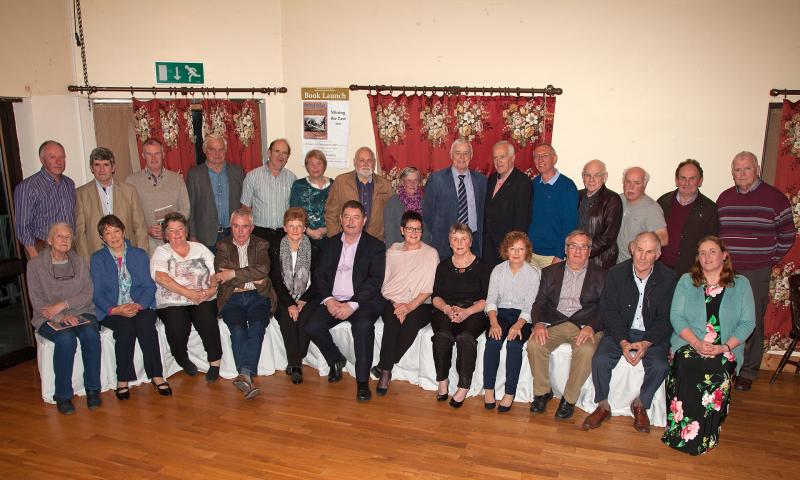 Silvermines Historical Society has once again dug deeply into its community's shared past to mine a treasure trove of memories for their sixth edition of Mining the Past, The History, People and Places of Silvermines District.

As Seamus O Cinneide, chair of the historical society says in his introduction: "Exploring the past gives us all a chance to contextualise our own memories in a rapidly changing world".

It's a world that changed the Mines from a rural community to the heyday of the mining companies and back again to being a rural area.

And this history is explored in a number of articles, chiefly by Donal Quinn in his writings on the Families Uprooted by Mogul of Ireland Mine.

Donal recalls that despite a rising tide of optimism after the discovery of high grade lead and zinc, this was not shared by the farming families who owned land where the proposed mine plant was to be built.

"The families would have to relocate to other areas, leaving their farms and homesteads where their ancestors had lived and existed maybe as far back as mining in the Silvermines," he writes. The townlands of Garryard and Gortennadiha went through a huge transformation between 1965 and 1968 and this tranquil, rural setting became an abandoned area.

There has been mining in Silvemines since the 13th century, and Denis Gleeson and Padraig Collins recall the names given to the many shafts sunk down the years, going back to the 1860s when the King shaft was sunk.

The journal also celebrates the people of Silvermines and Danny Grace tells the story of historian Dermot F Gleeson, who, despite being a district court judge managed to publish five books, 41 articles in journals, as well as some 50 articles for the local and national press.

Gleeson had an uncle equally as interested in local history, but Danny argues that there is a case for regarding Dermot as the father of local studies ahead of his uncle, Fr John Gleeson.

"Fr John's output was scarce compared to that of his nephew and its work lacks the depth of research and scholarship," says Danny.

Dermot was one of eight children, born in 1896, qualifying as a solicitor in 1920, and while at UCD studying for his BA, one of his lecturers was executed Easter Rising leader Thomas MacDonagh from Cloughjordan.

At 26 he was appointed a district justice for Clare by Kevin O'Higgins, serving on the bench for the next 40 years. As an historian, his first book was The Last Lords of Ormond, published in 1938 and hailed as a "tour de force of local history".

Dermot was also a writer of verse under the pseudonym LacLiag. Among his best known are The Mountainey Men, A Ballad of Ormond Fair and The Place Where I Was Born.

Sadly, Danny Gleeson writes, save for the work of Donal and Nancy Murphy, Dermot Gleeson goes unrecognised in his own community, with no plaque or other memorial in his honour in the town of Nenagh.

Articles on other notable people include Tommy Riggs Miller writing about the scientist John Desmond Bernal from Brookwatson, Nenagh, who was related to his great-grandfather Thomas John Riggs-Miller. Bernal one of the best scientific minds of the 20th century, was also active in politics and was a committed socialist, which many feel may have held him back academically, though he did serve as a top scientific advisor to Lord Louis Mountbatten, chief of Combined Operations during World War 2.

Largely ignored in Ireland and his native Nenagh, a plaque in his honour was unveiled in Nenagh Heritage Centre in 2006, and in 2015, a €52m strategic investment in research excellence at University of Limerick was completed. Other people recalled are Prof Sean Mackey, Dolla, pioneering lecturer in engineering in colleges from Leeds to India and Hong Kong.

One of the saddest stories is that of George Sheehan by his grandson Pat Sheehan. George was shot trying to resist volunteers from taking his son's British army rifle in 1918. Three local brothers, Patrick, John and William O'Brien, was acquitted of the killing.

"Growing up, this tragedy was never spoken about in our house and I first heard of it from a classmate on the way to school. There are no photographs of my grandfather, George Sheehan, who died in January 1918 - 100 years ago," writes Pat.

It is impossible to do justice to all the memories, stories and events covered in Mining the Past, but the comical escapades of Pat and Biddy Murphy by Anthony Collins are in stark contrast to the prison diaries of James Madden, written by Tom Madden, while the uplifting work of Sr Columba Ryan is recalled by Patricia Mulqueen and Maureen Steed.

Other areas covered are fair days, farming, the local ICA guild, and the Great Famine and its effects on Silvermines. Too late for the Christmas stocking, Mining the Past will still make a truly wonderful gift to ring in the new year. It is an eclectic mix of articles, photos, poems and musings, brilliantly put together by the local historical society, winners of the Nilsson Local Heritage Writing competition at Listowel Writers Week.