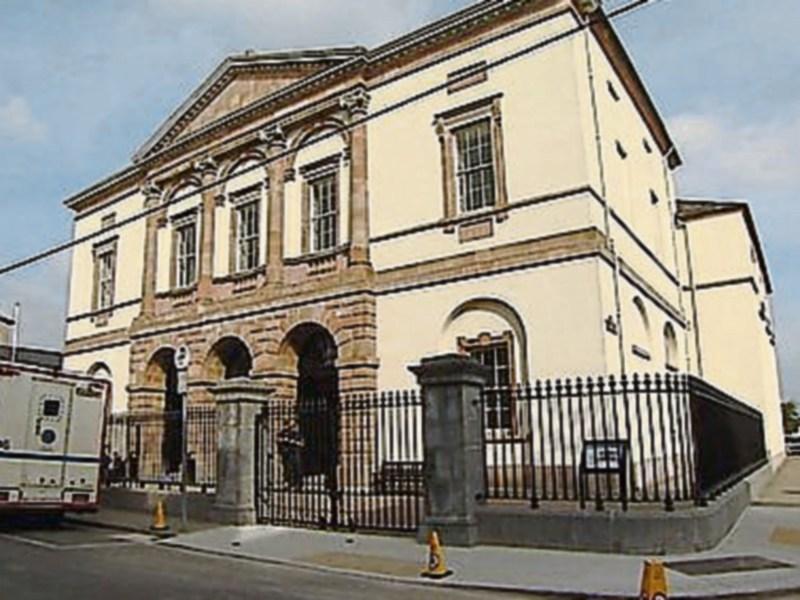 A 28 year-old man addicted to alcohol and heroin threatened a shop assistant in a Carrick-on-Suir discount store that he would shoot her and slit her throat as he demanded she hand over the till, Clonmel Circuit Court was told.

The threats were issued by Wayne O'Dwyer with an address at No. 9 Tower Court, Wexford, who received a seven year prison sentence with the last three years suspended at the court for the robbery of the Eurogiant store at Main St., Carrick-on-Suir on March 31, 2016.

Gda. Sgt. Ian Barrett gave evidence that O'Dwyer entered the Eurogiant store at 3.15pm on this date. He wore a grey hoody over his head and walked towards the girl at the counter.

He demanded she "open the f**king till" and kept repeating this to the shop assistant who refused to do what he said. He told her there was a gun in his pocket and threatened: "If you don't open it I will shoot you."  However, he hadn't a gun.

O'Dwyer became more aggressive towards the shop assistant and told her he would "slit  her throat" as she pressed the panic button.

At this stage, she handed over the till. O'Dwyer got hold of the till and it fell on the ground. He picked it up, left the premises and went to a nearby house.

The gardai subsequently found O'Dwyer in this house and recovered the till and the €250 cash inside.

Sgt. Barrett read Eurogiant staff member Debbie Broxson's Victim Impact Statement to the court. She said she was terrified of O'Dwyer and thought he was going to seriously injure her. She was shaking after the robbery.

She was now very nervous of anyone wearing a hoody who came into the shop and had to ask someone to come to the counter. She now crossed the road if she saw a person wearing a hoody top up.

O'Dwyer had 21 previous convictions, the vast majority were for public order offences, Sgt. Barrett continued.  In 2012, he received a 10 months suspended prison sentence for attempted robbery.

Defence barrister William Bulman said his client suffered from a chronic drugs and alcohol addiction and had a very difficult childhood and many difficulties in his life.

His client wished to apologise to the court and to Ms Broxson for his behaviour. Mr Bulman stressed his client hadn't any contact with Ms Broxson since the robbery.  O'Dwyer moved away from Carrick-on-Suir and was staying away from the people he had been associated with in Carrick.

Mr Bulman submitted that his client was currently in a relationship and he and his partner had a one year old child. He attempted to get into secure residential treatment for his addictions since this incident. He was on a methadone programme and was to be weaned off it in the New Year.

"He is looking better than I have ever seen him and I ask the court to be as lenient as possible. I believe if the court gives a suspended sentence, it will help him on the road of recovery," the barrister continued.

When Judge Teehan asked if O'Dwyer was prepared to give an undertaking that Ms Broxson had nothing to fear from him in the future, Mr Bulman replied that he was.

Sentencing O'Dwyer, Judge Teehan said robbery was one of the most serious offences in criminal law and noted that most victims of crime suffered the effects Ms Broxson described in her Victim Impact Statement.

"It would be surprising for a person in Ms Broxson's position not to suffer significant psychological consequences after undergoing such an ordeal. He is a tall, well built, young man. He threatened to slit her throat and to shoot her. These are significant aggravating factors."

The Judge also pointed to O'Dwyer's history of aggressive behaviour and noted that he was previously given chances by the courts but had not turned to a law abiding course. Indeed, he was assessed as being at a high risk of re-offending.

Judge Teehan said he had to have regard to retribution, rehabilitation and deterrence when sentencing and the number of crimes from Carrick-on-Suir coming before the circuit court was growing.

The mitigating factors he took into consideration were his client's guilty plea and co-operation with the gardai and the steps he had taken to rehabilitate from his addictions.

Nevertheless, as recently as last June, he was still drinking alcohol and taking drugs. He noted that O'Dwyer hadn't any money put aside to pay compensation to Ms Broxson but yet he was able to spend money on alcohol while awaiting trial.

He was also disappointed that O'Dwyer's apology to the victim was only made on the day of the sentencing hearing.

The Judge acknowledged life was not easy for O'Dwyer in his youth but many people with difficult childhoods didn't restort to crime.

He suspended the last three years of the seven year sentence he imposed on condition O'Dwyer entered into a bond to keep the peace and engage with the Probation Service for the first two years following his release.

He also directed that O'Dwyer not ingest alcohol or illicit drugs during the three years of the suspended jail term.

Judge Teehan agreed to extend legal aid in the event of an appeal.