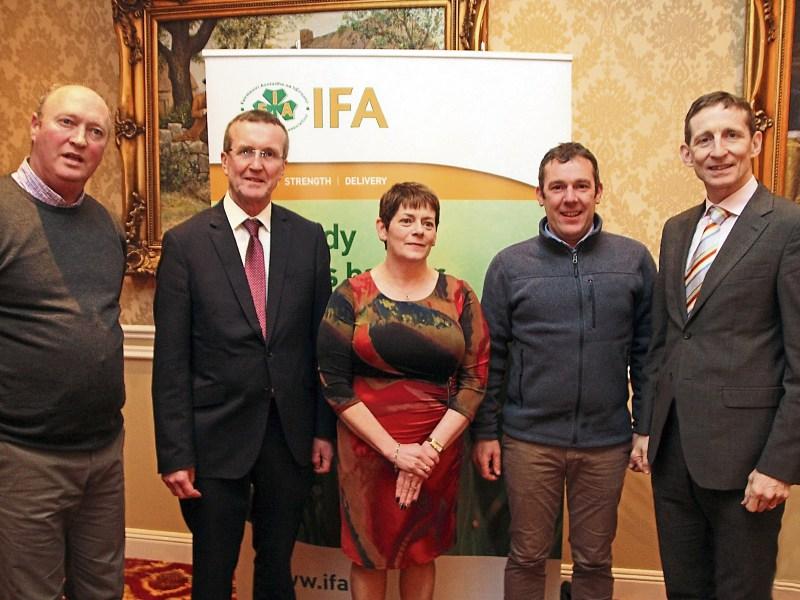 Former North Tipperary IFA chairman Tim Cullinan from Ballymackey outside Nenagh has taken over as national treasurer of the farm association.

Mr Cullinan took over the post at the association's Annual General Meeting last week. His position as chair of North Tipp IFA has gone to Imelda Walsh.

As well as being national treasurer, he is also over the IFA's rules and privileges committee.

Mr Cullinan's election as treasurer sees Tipperary having major roles in both of the country's main farming organisations, with Tipperary Town's Pat McCormack having taken over as persident of the ICMSA before Christmas.

Mr Cullinan told the Tipperary Star that one of his tasks overlooking the association's financial operations was to try and get back to where they were financially.

A leading campaigner when the association was rocked by the level of salaries and benefits paid to its executives two years ago, Mr Cullinan said he would have an input into salaries and payments.

However, he said one of his important functions by being on IFA's main board will see him have an input into policy.

Meanwhile, he thanked North Tipperary farmers for their generosity in delivering fodder to farmers hit by the feed crisis caused by the bad weather.

“We have delivered hay and silage to Sligo, Cavan, Leitrim and Donegal and the generosity of Tipperary farmer is really appreciated,” said Mr Cullinan.

a 'defining year' ahead

At the IFA agm, president Joe Healy said 2018 will be a defining year for farming.

“Never before have such major challenges as Brexit, the CAP Budget, Mercosur and climate change converged in a single year,” he said.

Mr Healy said IFA will be there to represent the interests of all farmers.

The IFA leader said that 45 years ago this country took a leap of faith and became part of the then European Economic Community (EEC).

“It has been positive for farming and for Ireland. The next 12 months will be a test of the European Union’s commitment to our sector.  We expect Europe to stand by farmers and acknowledge the support Irish farmers have shown towards the European Union,” he said.

On Brexit, he said that while North-South Regulatory Alignment will help to solve one problem of the hard border in Ireland, East-West Regulatory Alignment had the potential to deliver a lot more and avoid major disruption for Irish food exporters to our largest market.

Mr Healy descibed it as “incredibly frustrating” to hear people talk about cutting our beef carbon footprint at the same time as under Mercosur it was proposed to allow Brazil increase its beef output.

“Farmers are playing their part and we will continue to do so. However, any ask of us has to be logical. It has to be practical,” he said.

Mr Healy also took issue with the big retailers, saying it was clear that farmers were not getting a fair share of the retail price.

“The figures don’t lie. The retailer takes 51 per cent of the final price, the processor gets 28 per cent, but the farmer only gets 21 per cent,” he said.