Bansha dad gets birthday card from baby daughter… and wins €30,000 in a scratch card! 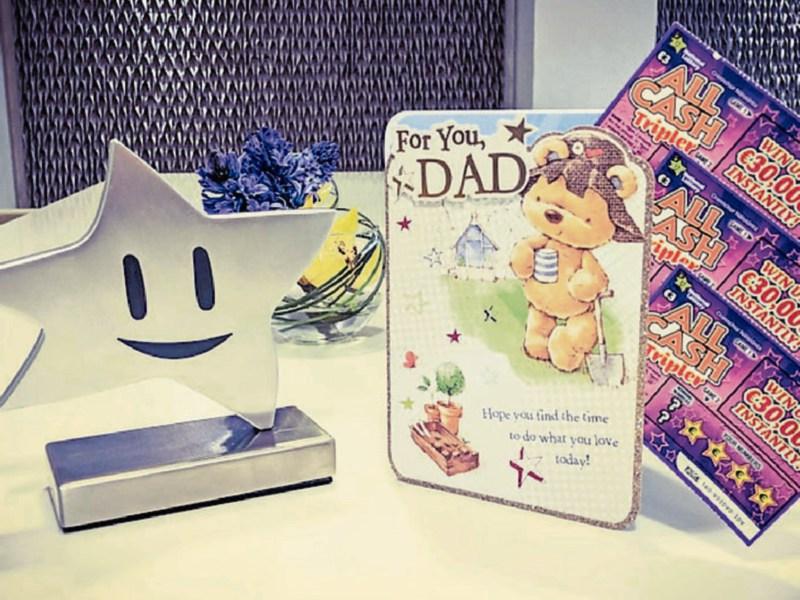 A Tipperary new daddy had a birthday he will never forget when his baby daughter gave him a card with a scratch card inside – and he won €30,000!

The  family can now realise their dream to put a deposit on a house!

Bough in Bansha, the card was gifted to the lucky Tipperary man from his wife on behalf of their baby daughter and contained the scratch card yielding the prize.

The doting dad, who wishes to remain anonymous, took the day off work to travel up to Dublin to collect his top prize of €30,000 on an All Cash Tripler scratch card at National Lottery HQ.

Speaking of how he discovered he was €30,000 richer he said: “It was my birthday earlier in the week and I got a card from my little girl which of course my partner had written and purchased. It was lovely as it was my first birthday having our daughter in our lives. I didn’t expect to win anything so I was quite taken aback when I saw I had landed thirty grand. I couldn’t have wished for a better present!”

This heart-warming story doesn’t end there as this Tipp man revealed what he will do with his newfound windfall for his young family. “I am going straight to the bank to lodge this cheque and then we are going to get the ball rolling on using this as a deposit for a mortgage. We are renting at the moment so this will be a huge step forward for our futures”.

The winning scratch card was purchased at Centra on Barrack Street in Bansha, Co. Tipperary