Tipperary farming: the cream rises to the top on milking course 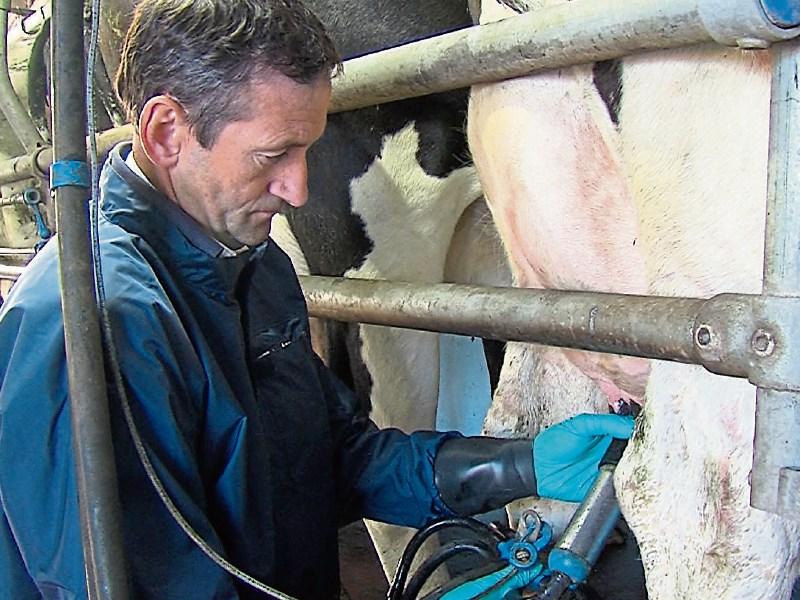 The Best Practice in Milking course was launched in 2015 and since then has proven to be a great success among the farming community throughout Ireland.

Hundreds of farmers both experienced and inexperienced have completed the course and benefited from it in some way.

The QQI accredited course which is run in conjunction with FRS, Teagasc and AHI is available nationwide for anyone looking to become a milker or to simply improve their skills.

Diarmuid came across an advertisement for the course online and was intrigued.

He wanted to complete the course to see what it had to offer and what he himself could take home from it.

“I don’t have my own farm but I work on a farm and would be always milking. I came across the milking course on the internet and I decided to do the course because I was interested to see what was involved and to see if it would benefit me in the long run,” he said.

Everything Diarmuid learned on the course benefited him in some way especially learning to use both hands when milking.

“What I took away from the course was being able to switch hands for milking and milking with both hands. I never did that before but do it all the time now,” said Diarmuid.

The way in which the course is divided into practical and theory changes it up but also gives the farmers the theory part along with the hands on experience.

Diarmuid found the way in which the course was run to be very efficient.

“The layout of the course and they way in which it is run is A1. The trainer was also great and showed us clearly how everything should be done,” he said.

Diarmuid would definitely recommend the course to all farmers whether they are experienced or inexperienced:

“I would definitely recommend the course to other farmers. Learning how to milk properly and being able to use both hands when milking was great, I never did this before. We are all milking cows but most of us farmers are not milking cows properly,” he said.

Successful completion of the Best Practice in Milking Course will result in a FETAC/QQI level 6 certificate. It involves two days training followed by an assessment and includes practical on farm milking sessions.

The course itself is designed to develop the skills of the milker to ensure that all cows are milked effectively and efficiently and reduce preventable waste by improving somatic cell counts (SCC) and better milk quality.

For more information or to book a spot on the course call Pat Reilly on 086-4634155 or visit www.frstraining.com/milking course