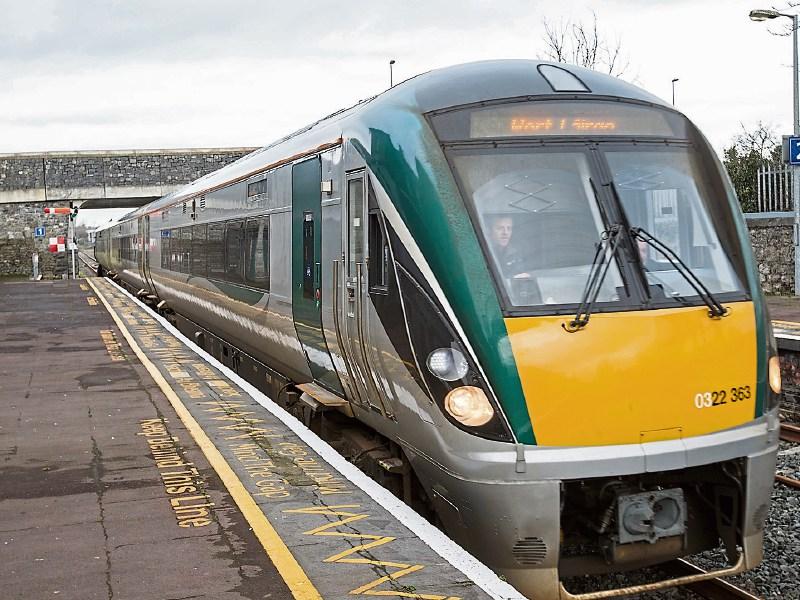 Clonmel's train service has been criticised by local politicians and a County Council official.

Clonmel has "a Third World train service" despite being the regional town for the entire county, a meeting of Clonmel Borough District was told.

Cllr. Siobhan Ambrose also said that people were "absolutely frustrated" with the quality of the service on the Waterford-Limerick Junction line, which also serves Carrick-on-Suir, Cahir and Tipperary town.

Cllr. Ambrose said that many members of Clonmel's Chamber of Commerce had meetings to attend in Dublin and Cork, but it was "laughable" that they had to go to a smaller town (Thurles) to get anywhere.

She said the Chamber supported the campaign for a better rail service, as did Limerick Institute of Technology (LIT). The train times didn't suit students travelling to the college, and 70% of those students came from outside the county.

She said that people living in Clonmel had to drive to Thurles, a journey that took three-quarters of an hour, to get an early train to Dublin. Every day nineteen trains passed through Thurles en route to Dublin.

Neither were the train times suitable for when people in Clonmel wanted to travel to and from Waterford, and there was no service at all on Sundays.

Cllr. Ambrose suggested that groups that used the service - such as the Chamber of Commerce, LIT and the Education and Training Board - should be consulted when Irish Rail was conducting its next review of the rail services.

The council would gladly help in the promotion of Clonmel station.

Two trains connect with services to Dublin via Limerick Junction - the first leaves Clonmel at 8.10am, reaching Dublin's Hueston station at 10.45am; while a second train leaves Clonmel at 5.15pm, arriving at Hueston at 8pm.

Cllr. Martin Lonergan said he was delighted there was a service on the line but the times just didn't suit people.

Cllr. Pat English said the marketing of the line wasn't good enough and "some serious marketing" was needed to ensure that people knew the service existed.

People were travelling to Thurles and Kilkenny for trains to Dublin and they should have proper connections in Clonmel.

Cllr. Andy Moloney said there would be a big surge to bring back beet growing in Ireland and that could be the saviour of the Waterford to Limerick Junction line.

Cllr. Michael Murphy wondered what was the future of the line and what was being discussed behind closed doors.

Cllr. Micheal Anglim said if the times were right more people would use the trains.

Deputy Mayor Richie Molloy said the railway station was an integral part of Clonmel but people were inclined to travel to Thurles for trains.

Many people feared that Irish Rail were trying to close the station by stealth, with the poor timetable on the Waterford/Limerick Junction line, although he acknowledged that might not be the intention at all.

The Council's District Manager Sinead Carr requested Mr. Gallivan and the other Irish Rail officials who attended the meeting - District Manager Emmet Cotter and Waterford station manager John Furlong - to bring back the very strong message that there had been no significant efforts by Irish Rail to put on trains at times that were suited to people travelling from Clonmel to and from Dublin and Waterford.

Unless that happened an unfair perspective was being taken on the line and the service.

She said that Irish Rail should re-align the times of the trains and undertake an aggressive marketing campaign for that revised schedule. The council would be happy to support them in that campaign.