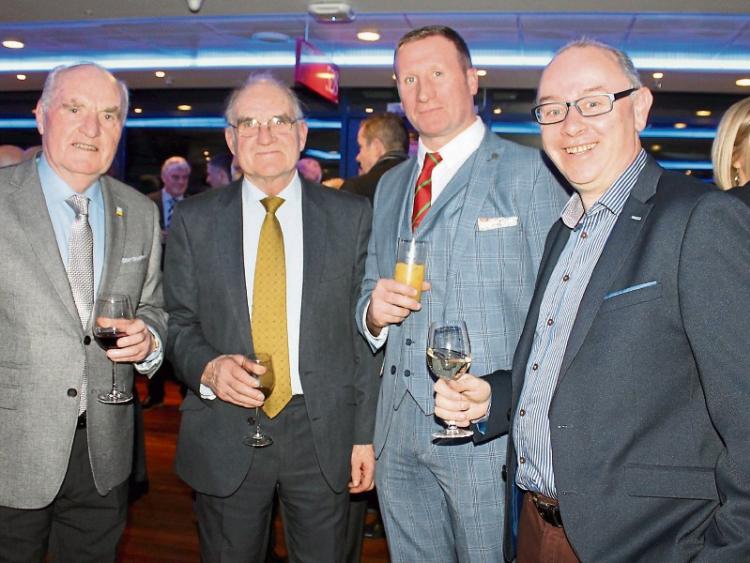 Last Friday night, February 9th, in Croke Park, Seamus King was a recipient of one of the prestigious annual GAA President's Awards. This award was in of Seamus's lifetime of service to the GAA.

It was a proud night for Seamus, his wife Margaret, daughter Sharon and sons Aidan and Ruadhan and extended family and friends. Also for Seamus' club - Cashel King Cormacs.

Seamus is a former Chairman of the King Cormacs and he has given many decades of mighty service to the club. Cashel King Cormacs will forever be indebted to Seamus for all the work he and still does, for our club.

History will record that he was one of the greatest ever servants of the famous King Cormacs club.

Cashel King Cormacs Executive Committee and club supporters traveled in force to Croke Park last Friday night to be there with Seamus and his family, on such a special evening.

Seamus is the first King Cormac to ever be presented with a GAA President's Award. It is a unique and magnificent achievement. It is a huge for and his family.

Of course Seamus' work with the Tipperary Yearbook, with Lar Pairce and the many fine books he has written on the GAA; also contributed to him receiving this prestigious award.

On behalf of Caiseal Ri we wish to sincerely congratulate Seamus once again and say a thousand thanks to him for generously giving a lifetime of service to the famous Cashel King Cormacs club, and to the GAA as a whole.