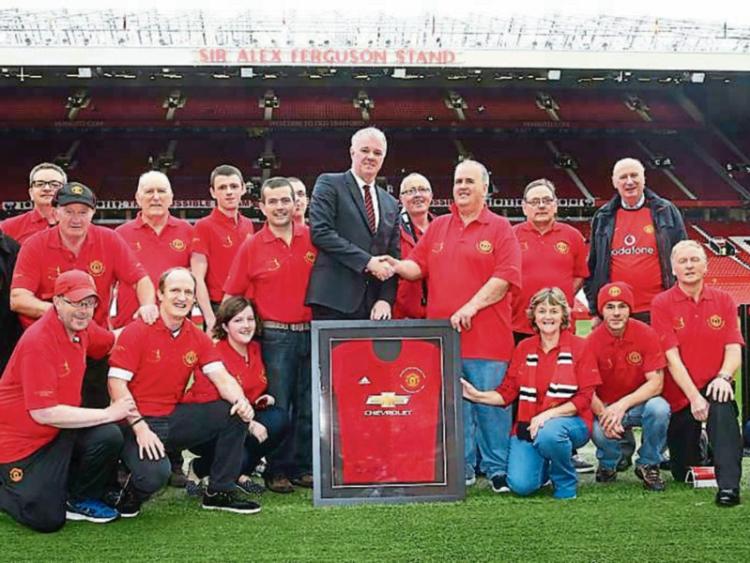 The supporters group was formed over thirty years ago and makes regular trips to Old Trafford to support the most famous club in the world and a club which as we all know is steeped in Irish tradition and influence. Club legend Gary Pallister who is considered one of the best ever centre backs to play for Manchester United was given the honour of meeting the Roscrea and Killaloe supporter delegation on their visit to Old Trafford.

The supporters club is always open to new members. Feel free to contact any of the well-known local faces from the Roscrea/Killaloe area that are pictured in the two photos for more information on how to join. Brian King, Manager Of Roscrea Credit Union and Sean Hogan Chairman of the Credit Union (both united supporters) are currently in discussions with Michael Flynn supporters club organiser about displaying the signed legends jersey in the credit union in the near future as it tours it’s way around both communities for all to see including those members who unfortunately could not make the trip over.