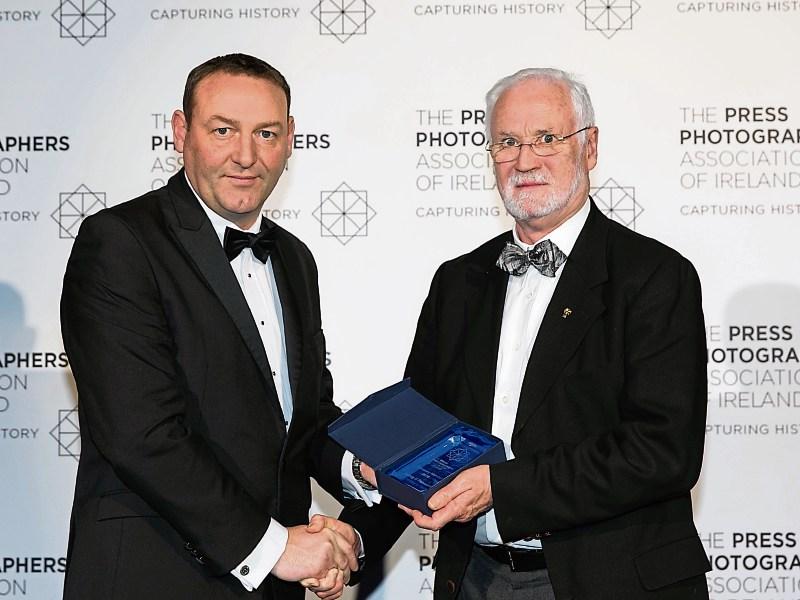 Nenagh photographer Padraig O Flannabhra has been honoured by his peers with honorary membership of the Press Photographers Association of Ireland.

Padraig was honoured for his outstanding contribution to the association and press photography in Ireland over more than three decades.

The multi-award winning photographer, who hails from Pocan, has been a full time professional since 1984, specialising in landscape, portraiture and press.

He has exhibited widely in Ireland, the UK and at the Feltival Interceltique de Lorient in Brittany.

He is the holder of 10 Kodak European Gold Portrait Awards, an Irish record.

Padraig, who has published a number of books documenting Irish life, was awarded Fellowship of the Irish Professional Photographers Association in 2003 and the QEP award from the federation of European Photographers in Brussels in 2006.

As well as covering events for local and national publications, he has also been published in international media.

In 2016, he was chosen to take part in the Atlantic reach - the Irish Light Collection, in aid of the Samaritans.

He also contributed to two PPAI charity projects, Second Sight in aid of REHAB, and Beyond the Moment, in aid of the charity Fighting Blindness.

Padraig's exhibition, PortraidiOir agus Portraidi Eile, is on display in Laois Arthouse, Stradbally, until March 30, where it was launched by Liam O Maonlai of Hothouse Flowers as part of Bliain na Gaeilge and Seachtain na Gaeilge in Laois.