Tipperary court: man who used judo hold to get woman out of house guilty of assault 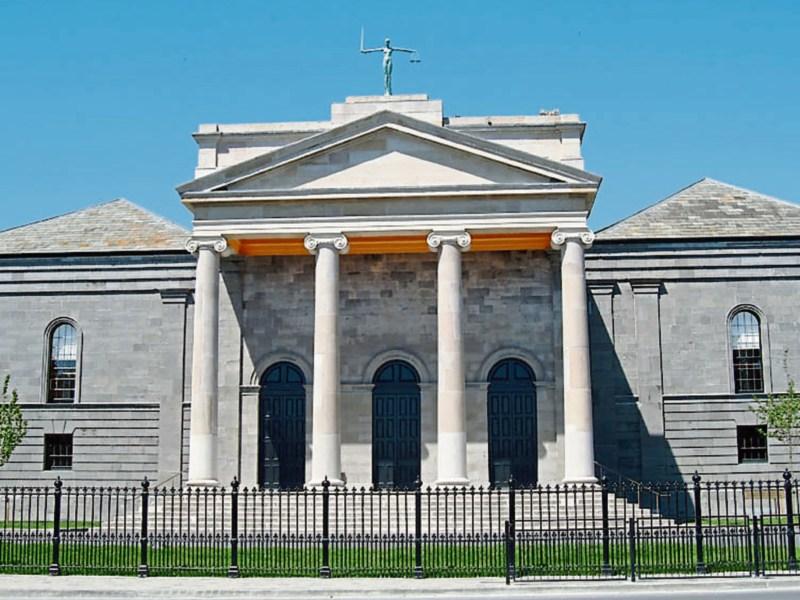 A man who used a judo hold on a woman to evict her from his house in the early hours of the morning because she had allegedly trashed the place was found guilty of assault by Nenagh Court.

Brian Eustace of Garrycummer, Kilcommon, had pleaded not guilty to the offence at Garrycummer on July 16, 2016.

His victim, Susan Hyland, Kilashee, Longford, was found not guilty of causing criminal damage at the house on the same date.

Mr Eustace told the court that they had started drinking that day and were watching movies on TV but Ms Hyland became boisterous so he went to bed.

“She came to bed and I kissed her good night then she asked why I had turned away from her. I told her it was because she was being loud and obnoxious and she got up shouting and slammed the door. I told her to 'shut the f*** up',” he said.

Mr Eustace said he placed a duvet in the hallway and told Ms Hyland she could sleep upstairs. He then locked the kitchen door by placing a chair against the handle.

He sat up that night in a rocking chair because he did not want anymore damage done to his house.

Under cross-examination by Elizabeth McKeever, solicitor for Ms Hyland, Mr Eustace said that he and Ms Hyland had had a friendly relationship after they met in Sligo.

He invited her to his house.

He denied there had been any intention to hold Ms Hyland against her will but he had locked the doors because he “didn't want my house burned down”.

Mr Eustace said he had pretended to ring the Gardai but had been punched by Ms Hyland and eventually rang Newport Garda station.

In her evidence, Ms Hyland said that when she followed Mr Eustace to the bedroom and got into bed beside him he had dragged her on the floor and around the living room.

She admitted kicking the internal door, but said she had been locked in a small hall.

When he did open the door, she claimed Mr Eustace insulted her verbally and assaulted her by dragging her around the room by her clothes.

She did not know where she was as Mr Eustace had not given her his address. Whe she was leaving the house she took an envelope from the house with his name on it so she could tell the Gardai where she had been.

She recalled how she had met Mr Eustace in Sligo when they shared a house with others and they had a relationship, but it ended.

Ms Hyland told Mr Peters she did not have mental health issues but suffered from anxieties.

She had come to Mr Eustace's house because she had been “lonely and in bad form”.

She denied she had got upset because Mr Eustace did not want a relationship with her that night.

Garda Michael Boland said he got a call at around 1am to go to the scene and Mr Eustace told him he had no option but to lock Ms Hyland in the hallway.

He later found Ms Hyland on the road with her phone light on. She had mild scrapes, her clothes were dishevelled and she had a lump on the back of her head.

“I advised both parties to make a complaint,” he said.

Both parties made a voluntary caution statement.

Garda Boland said that when he met Mr Eustace he was calm but Ms Hyland had been distressed.

Mr Eustace, in his evidence denying assault, said he had thrown Ms Hyland's rucksack out and then he grabbed her by the wrists using a judo hold and escorted her from the house.

“I walked her from the house, released her and ran back in and locked the door,” he said. “I used minimum force.”

Under cross-examination by Insp Seamus Maher, he agreed Ms Hyland had not assented to being walked out the door. He had no idea how she had received cuts or a bump to her head.

He further agreed he could have walked away from the situation.

Ms Hyland said Mr Eustace must have dumped the cigarette butts on the floor. She agreed that there had been a physical dispute between herself and Mr Eustace, but that claims of using a judo hold on her were a “complete lie. He pelted me with stones.”

Judge Elizabeth MacGrath dismissed a submission by Mr Peters that Mr Eustace had used reasonable force to protect his property.

The judge said that there was a complete contradiction in the evidence but she was not satisfied beyond reasonable doubt about the amount of damaged allegedly caused by Ms Hyland.

Ms Hyland had admitted damaging the internal door but the judge said Mr Eustce should have known not to lock her into a confined space. She had been been confused and this could have given rise to her actions.

She dismissed the criminal damage against Ms Hyland, who had pleaded not guilty.

Convicting Mr Eustace, Judge MacGrath said Ms Hyland had not consented to the judo move and he could have taken another course of action “It was not acceptable to chuck her out in the middle of nowhere,” said the judge.

The court was told Mr Eustace had eight previous convictions, all traffic related.

In her Victim Personal Statement, Ms Hyland said that she had suffered stress because of the incident and had difficulty sleeping and eating. Her doctor had put her on anti-depressants.

“There has been a huge improvement since,” she said.

She adjourned the case to July 13 for a probation report on Mr Eustace.