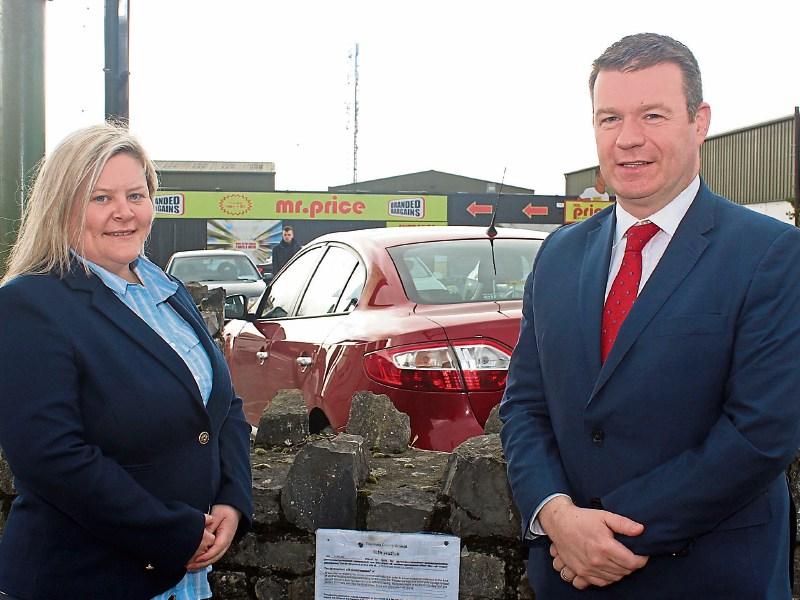 There are major plans for a complete overhaul of the former O'Connors Suprmarket site on Martyr's Road in Nenagh with both Lidl and Mr Price redeveloping the area.

Mr Price has applied to Tipperary County Council for a substantial extension to their existing facility and revisions to the exterior of the shop.

The application is seeking permission to demolish a disused building on the subject site and to extend the existing shop.

The proposals also contain requests to clad the newly extended structure in a high-quality architectural panel, the addition of one sign on the front façade of the property and for a new totem pole on Martyr’s Road.

The redevelopment of the Mr Price site was spurred on by the application by Lidl to construct their new store on the former O’Connor’s Shopping Centre site, which is due to open in the last quarter of 2018.

The plans for the front of the site on Martyr’s Road mirror a new public shared surface area to the front of the site which Lidl have already commenced works on at the adjoining site. “The new shared surface on the Mr Price site will ensure that the high standards on Martyr’s Road currently being set by Lidl will continue across our site, bringing the public along a safe pedestrian route towards the main streets of Nenagh” said the property director with Mr Price, Emma Pillion.

She said that it was generally acknowledged that when one area on a road underwent regeneration it had a knock on effect on others in the immediate area and Mr Price was excited by Lidl’s plans.

The company decided to bring forward their redevelopment of the site to facilitate the regeneration of the entire stretch of that side of Martyr’s Road.

Mr Price prepared their plans in consultation with local representatives in the area and Lidl and will continue to engage with Lidl throughout the process to ensure the end result is the best possible outcome for both Nenagh Town and the public, said Ms Pillion.

Mr Price welcomed the work being done by local Labour TD Alan Kelly in relation to facilitating negotiations between the relevant parties and providing assistance locally, where required.

Deputy Kelly welcomed the regeneration of the site and said he looked forward to the new-look Martyrs Road upon completion of the works.

“It will really provide a much-needed boost to the frontage and will help realise the Planning Authorities desire for a pedestrian-friendly zone in the town centre,” he said.

Mr Price currently employs 22 people in the existing store in Nenagh and expects the redevelopment to give rise directly to an additional 15 jobs in the new store.

A decision on the application is due on May 28 and Mr Price are hopeful that the principle of the redevelopment will be acceptable to the planning authority as they are eager to commence redevelopment works on the subject site without delay.