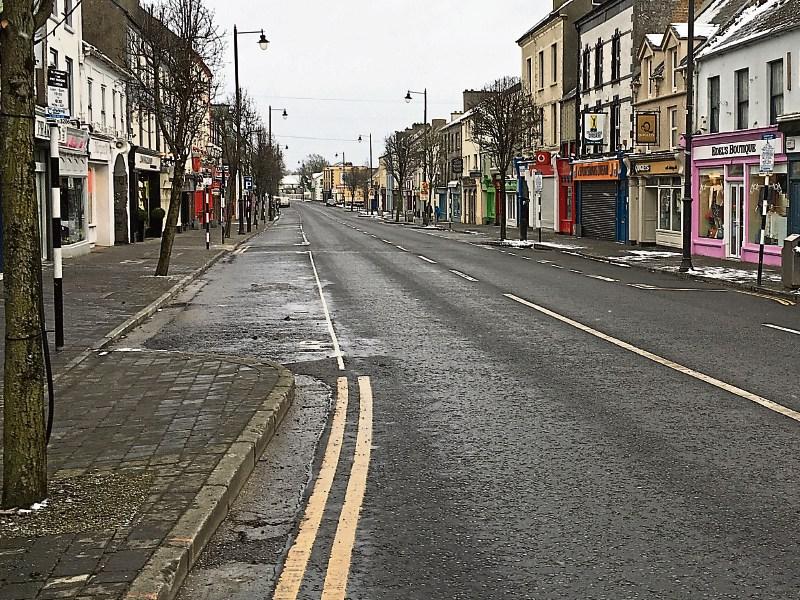 Nenagh councillors have been told by local council management that it would be hard to justify hiring an architect to look after planning in the town.

The issue split Nenagh Municipal District Council members, with the merits of hiring an architect also being questioned by town councillor Hughie McGrath.

The subject was raised by Cllr Joe Hannigan, who was part of a council delegation that visited Westport in Mayo a number of months ago, in light of developments around Nenagh's historic quarter.

Cllr Hannigan said an architect would be able to bring forward suggestions on how to develop the town's character and to create an atmosphere for shopping.

“Nenagh has a lot to offer but a lot is hidden in the town,” said the Independent councillor.

But he pointed out that the proposed Nenagh traffic management plan's one-way system was based on a similar one in Westport.

The town had also modelled its window box scheme on the one in the Mayo town.

Mr O'Connor had no difficulty with an architect coming to talk to various groups in Nenagh but maintained it was “hard to justify a full time architect for the town”.

The manager pointed out that the council had received advice from architects from time to time.

He dismissed a suggestion by Cllr Phyll Bugler that the town needed someone to “pull it all together” as, she said, Nenagh was suffering because of the amount of business being done online.

“We need a strong town,” she said, urging that the Local Enterprise Office be consulted about bringing “vitality back to the northern part of the county”.

Cllr Bugler said: “We need to pull it all together with the outlying towns. We have to act.”

However, Mr O'Connor told Cllr Bugler that an architect would not bring business back to the town

“We meet the Chamber on a regular basis. “People find Nenagh to be a progressive town,” said Mr Connor, who stated it could cost €70,000 to hire an archtitect who was “not going to make any difference”.

Defending Mr O'Connor, Cllr Hughie McGrath said he was concerned that there was a push to put everything into the historic quarter around the castle, gaol and the heritage centre.

“An architect can have a great plan but the people of Nenagh can make things happen if they get the proper support,” he declared.

Cllr McGrath said he would rather give the €70,000 cost of an archtitect to the local Tidy Towns.

Cllr McGrath also had concerns that employing an architect could delay the proposed traffic management plan.

However, he had to agree with Cllr Bugler regarding the threat from online shopping and said he raised this at every opportunity when he was at the EU Committee of the Regions in Brussels.

Fellow town councillor Seamus Morris believed there was merit in hiring an architect.

He suggested the the council relook at the report by Alexander Hoey into restoring Nenagh barracks, which was commissioned around 10 years ago.

Cllr Michael O'Meara sided with Cllr Hanigan and said it could be “shortsighted” not to hire an architect.

“Business people can keep doing the same thing all the time and sometimes you need an independent eye,” he said.

“Nenagh has a great reputation for being friendly. My advice is to put the phone away,” he said.

Cllr Ger Darcy proposed a compromise and that a co-ordinator be asked to look at what is happening in Nenagh.

Mr O'Connor said the council could meet the Chamber and LEO to see how Nenagh was going to respond.