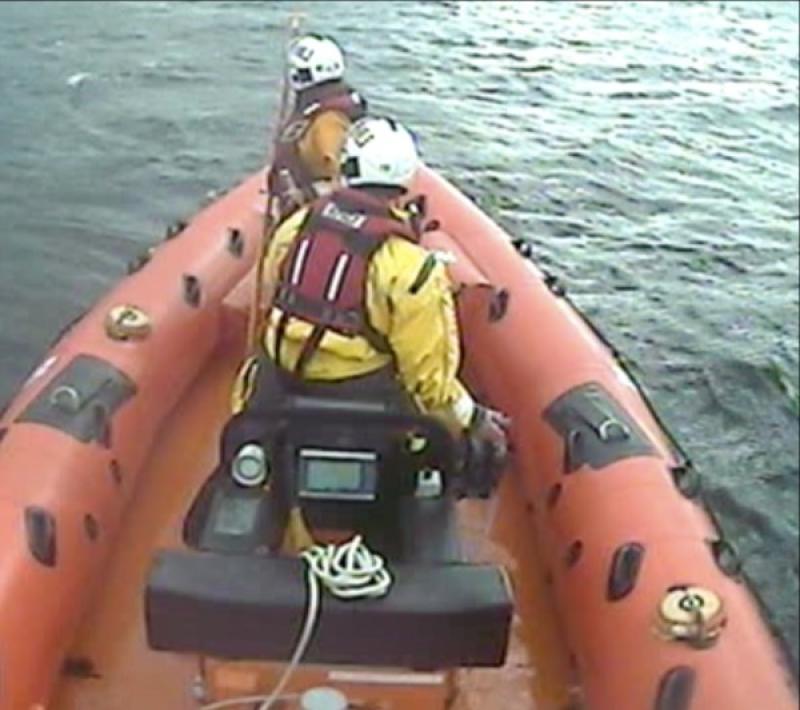 Lough Derg RNLI was tasked by Valentia Coast Guard this Thursday afternoon to assist a motorboat user who suffered engine failure and was drifting towards rocks north of Illaunmore.

While crew Lian Knight and Dom Sharkey were getting the lifeboat ready to launch, helm Eleanor Hooker spoke to the boatman on his mobile phone to get information on his location.

Ms Hooker reassured the skipper, who said he was wearing his lifejacket, and told him that the lifeboat was about to launch to his assistance.

She advised him to vent his fuel tank and then to prime the fuel line and to make sure the engine was in neutral before attempting to restart his engine.

Shortly after, as they RNLI was leaving base they were advised that the man had successfully restarted his engine.

Ms Hooker advised boat owners to "carry an anchor, with appropriate cable, rope or chain length, on your boat, to prevent drifting towards obstacles in the case of engine failure or in heavy weather".