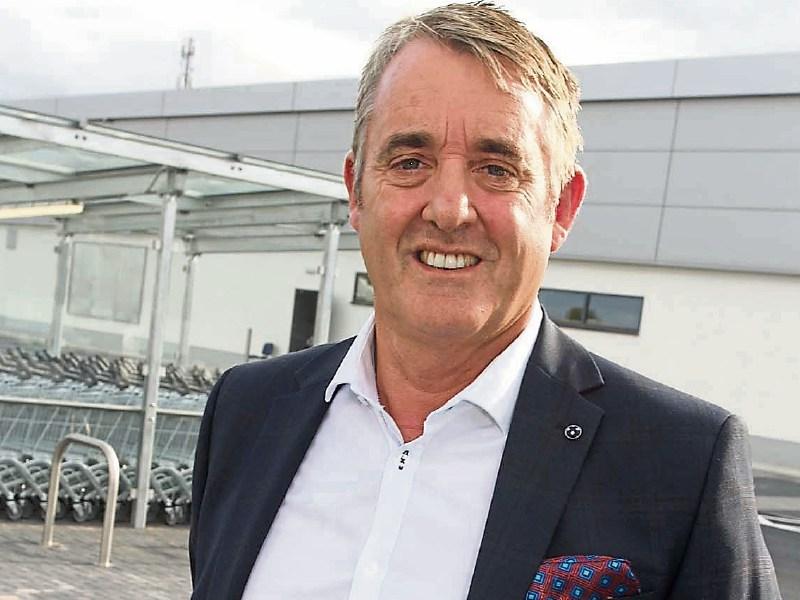 German discount chain Lidl is scheduled to open its new store in Nenagh this Thursday as part of the major revamp of the former O'Connors supermarket site.

The store is moving from its old premises on Martyrs Road, at the back of O'Connors, to the front of the site, with an ultra-modern shopfront.

And in what will be unique to Lidl shops in Ireland, the development will include a plaza to the front in what will a flagship store for the group.

The store forms part of a two-phase development on the site bought by Two-Mile Borris developer Martin Healy.

Mr Healy bought the 5.5 acre site in late 2015 and has now expanded it to an eight acre site.

“This is a €12m development and as well as Lidl will have mixed retail units,” Mr Healy told the Tipperary Star. “Two years have been dedicated by me to make it happen.”

Mr Healy described the development as a “huge project” for him.

He paid tribute to contractors Mannings Construction Ireland, who, Mr Healy said, had been exemplary in their work throughout the build, pointing out that in the two years of the project there had never been one accident.

“I also want to acknowledge and thank Tipperary County Council and the people of Nenagh for their co-operation, which has been unbelieveable,” he said.

The site was developed in keeping with Tipperary County Council's strategic plan for that part of Nenagh, which will also see new plans for Mr Price and the former Sheahans yard.

It is envisaged that the completed plan will link Martyrs Road with the town's main centre.

Mr Healy revealed that when Lidl opens its doors he will take possession of their former building and will be applying to Tipperary County Council to turn it into a 30,000 square foot office premises, at a cost of €2.5m.

“This will be the second phase of the development of the site and, hopefully, it will be complete within 12 months,” he said.

The store was scheduled to be officially opened this Thursday by Tipperary ladies football captain Samantha Lambert.

Miroslav Kokot, store manager said: “We are delighted to open our new store in Nenagh after six months of construction.

“I am also delighted to welcome a number of new recruits into the team to meet the needs of our customers. We would like to thank our customers for being so patient throughout the past few months of construction and all our staff for their hard work and commitment.”

The new store incorporates a range of strategies to reduce environmental impact.

It is powered by green electricity and is certified to ISO50001 energy efficiency standards.

Over the next few weeks a solar photovoltaic system will be installed which will generate approximately 25 per cent of the store’s energy requirements.

The store will also offer customers free use of a number of electric vehicle charging points.

The opening has been welcomed by local TD Alan Kelly.

“It is great news for the town. It is great to see the old O'Connor's site developed,” he said.

He complimented the Mr Healy, who had worked hard to make this happen as well as Lidl, who had developed their site to ensure the works were completed as quickly as possible.

“I have been working closely with Martin Healy for some time, and I am delighted to see this day come. Martin has made a huge investment into the town,” said Deputy Kelly.