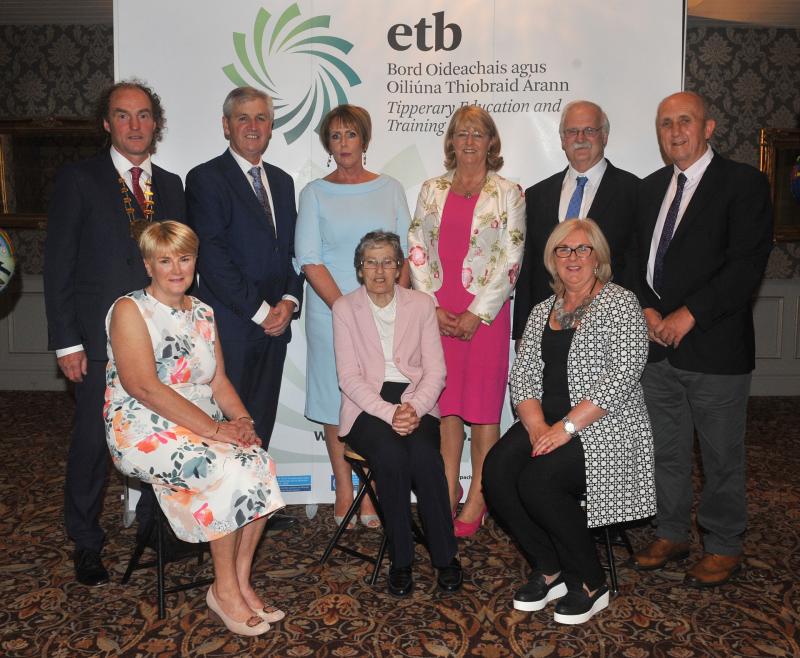 Some of those who retired for Tipperary ETB

Tipperary Education and Training Board (ETB) honoured 15 of its staff members who had a total of 436 years’ collective service at a retirement function in Thurles.

Fionuala McGeever, chief executive, Tipperary ETB, welcomed everyone to the function, including the chairperson of Tipperary ETB, Cllr John Hogan; TETB board members, staff and the recipients of the presentations along with their families and friends.

Ms McGeever thanked all the retirees for being professional, dedicated, committed members of staff and stated how proud the ETB was of them and their service to the organisation.

She  thanked each for their service and wished them all health, wealth and happiness on their retirement.

She remarked that colleagues and students alike will miss them, but this was their time to now have the freedom to explore what else life had to offer.

Cllr Hogan remarked on their outstanding service given to Tipperary ETB and how their work could be seen through the achievements of the students in their schools.

Their service to Tipperary ETB was valued and was acknowledged by a commemorative piece of crystal commissioned by Tipperary ETB, which each retiree received.

The 15 who retired were: