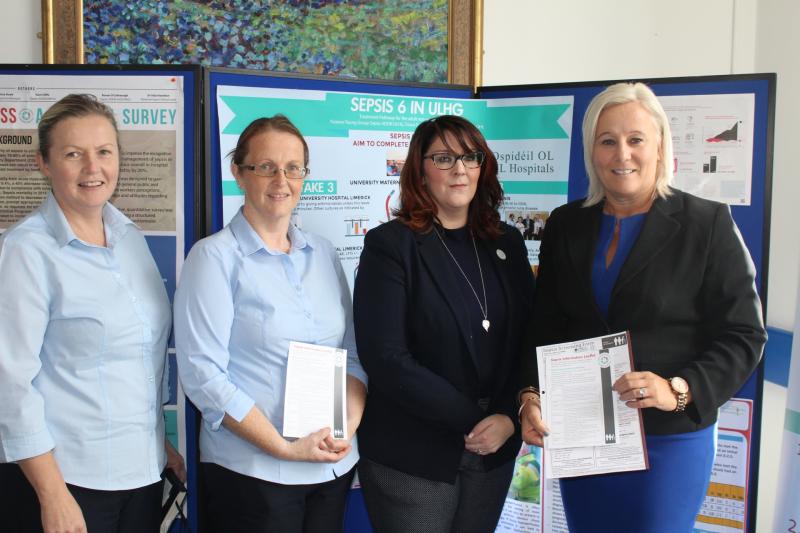 To mark World Sepsis Day, the Sepsis Team at University Hospital Limerick will hold an awareness event this Thursday, September 13.

Yvonne Young, Lead for Sepsis at UL Hospitals Group, said: “Raising awareness of sepsis, recognition of its signs and symptoms, and how serious it can be requires not only a local but a global effort. To educate and engage, World Sepsis Day is held on the 13th of September every year and is a valuable opportunity for people worldwide to unite in the battle against sepsis.

“Sepsis is a life-threatening condition triggered by infection that leads to organ malfunction and failure. Early recognition and initiation of treatment in a timely and appropriate manner is key in order for patients to have the best opportunity to survive sepsis. It is also vital that healthcare workers can recognise sepsis and manage patients in an appropriate and timely manner,” commented Ms Young.

“It is recognised that the presentation of sepsis is variable in symptoms, signs and time course. Thus, sepsis may not be present or not be diagnosed on first presentation and may not become apparent until the clinical condition evolves further. Documented hospital mortality of patients who have had sepsis has decreased by 30% over the past five years due to a combination of improved recognition and treatment due to increased education and awareness. It also reflects the willingness of healthcare workers to engage in education programmes ”.

“Some 70-80% of patients with sepsis present to the acute hospital sector from the community. In 2016, there were 14,804 cases of sepsis in Ireland and one in five of these patients died. Sepsis is a common, time-dependent medical emergency which can affect a person of any age, from any social background and can strike irrespective of underlying good health or medical conditions. However, people who are older or who have chronic health issues are at increased risk of developing sepsis when they contract an infection. The US Centre for Disease Control has reported that 90% of adults and 70% of children who develop sepsis have a predisposing health condition. If you a chronic health condition you should reduce your risk of getting infection as much as possible through vaccination, good hand and general hygiene and other measures.

If you contract an infection it is important to be vigilant for the signs of sepsis and seek urgent medical review if any are present,” Ms Young said.

For further information on sepsis and how to recognise its signs and symptoms is available on www.hse.ie/sepsis. Patient information leaflets and booklets are also available at various information points in UHL.

To mark World Sepsis Day, this Thursday, September 13th, there will be an educational and information stand in the Outpatients Corridor at UHL.