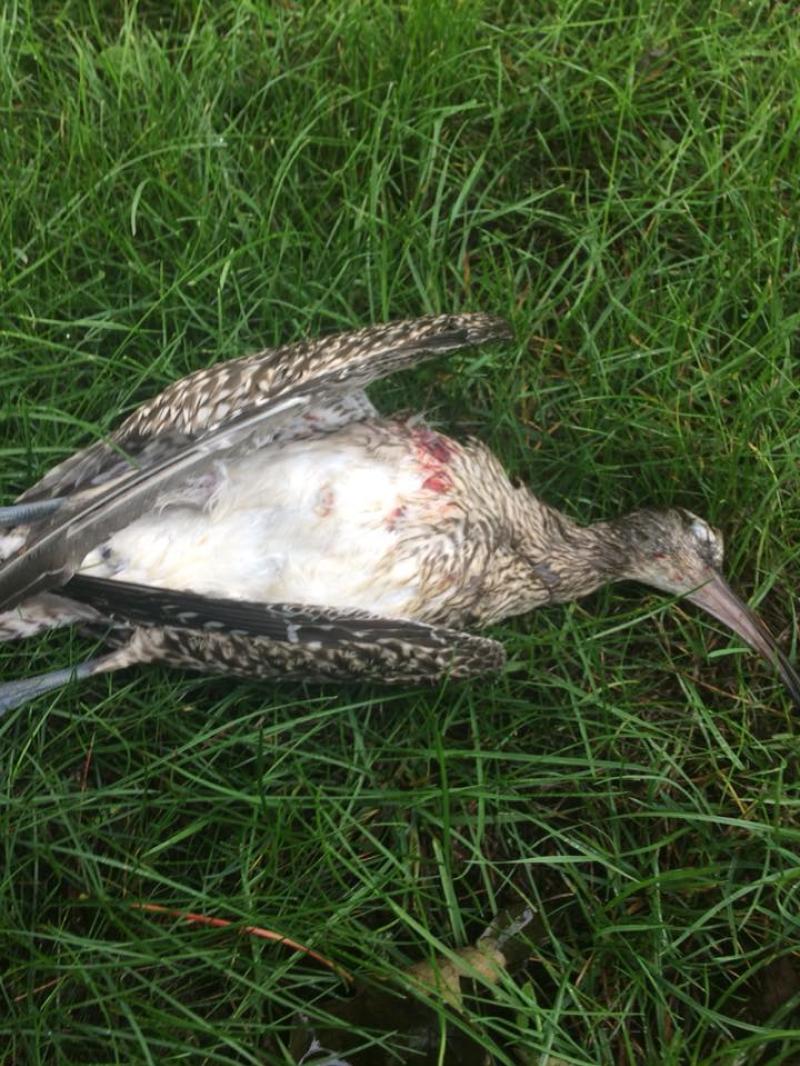 The whimbrel which was found in Nenagh castle field

Concerns have been raised after a migratory bird which had been shot was found dead in Nenagh's castle field.

The bird was found last Friday by a local man.

"I was shocked to see such an unusual and beautiful bird shot," the man told the Tipperary Star, who said he had contacted Birdwatch Ireland on the matter.

He said the shooting was carried out by someone with no respect for nature.

The bird was a whimbrel, a migratory bird that overflies Ireland where it can be found in coastal areas. It is related to the curlew.

It would be unusual for the whimbrel to be found in an urban setting but they are found throughout the country.

It is thought the bird may have been shot elsewhere but made its way to Nenagh before dying from what could be pellet wounds.

However, a spokesperson for Birdwatch Ireland said that it most probably was shot close by as birds cannot fly too far when they suffer catastrophic injuries.

"They are no threat to anyone," said the spokesperson. "They are a protected species under the Wildlife Act 1976."

They described the killing as "wanton" and "appalling".

"This is a serious crime and is putting Tipperary in the headlines for all the wrong reasons. Tipperary is a wonderful county for wildlife," they said.

It would appear that the bird, a wader, was the victim of someone taking potshots at birds flying overhead as whimbrels do not generally land except along estuaries or mudflats.

Birdwatch Ireland urged anyone with any information on the shooting to contact the National Parks and Wildlife Services or their local Gardai.

The whimbrel arrives in Ireland in April and May and leave in August and September. There are no records of whimbrels breeding in Ireland.

The shooting comes just a week after a long-eared owl was shot and killed in south Tipperary.