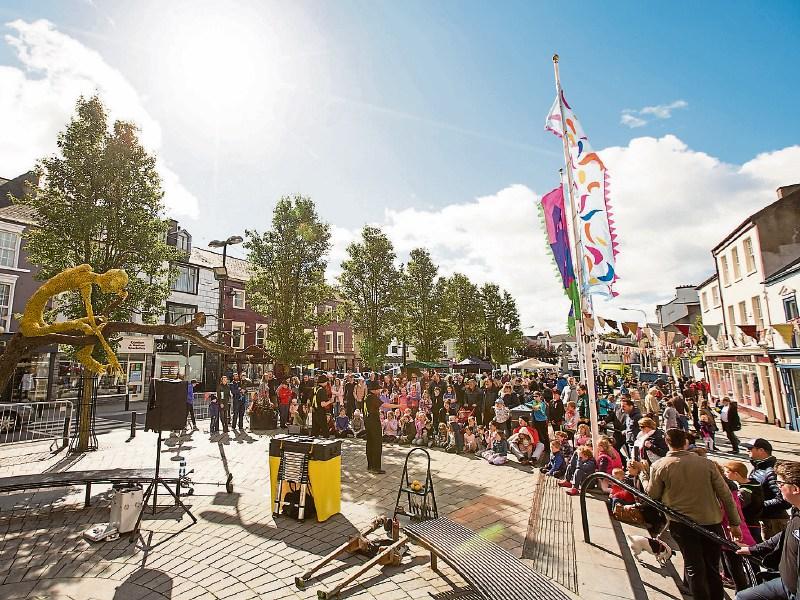 Cashel Plaza was busy all weekend, with events and workshops for all age groups. Picture by Denis Vahey Photographer

Cashel Arts Festival came to a close on Sunday after four day of events, music, song, theatre, workshops and food and drink to suit every taste.

Julian also opened Pádraig Grant’s photographic exhibition and was involved in a range of events over the weekend for all ages. New Inn Voices performed on the launch night in Brú Ború.

Throughout the weekend, the town of Cashel was abuzz with workshops, exhibitions, music, dance, theatre, art installations, storytelling, food tasting demonstrations, street entertainment, and concerts to suit every age group. The people of Cashel are grateful to all the organisers and sponsors and are looking forward to next year already.

Cashel Photographer Denis Vahey captured wonderful moments all over the weekend, which are featured in the Tipperary Star's special picture page on p40 in this week's print edition.