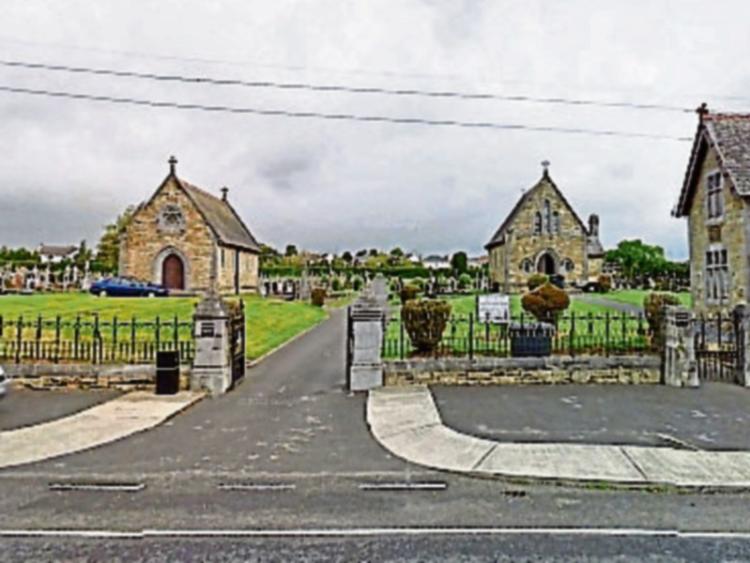 Tipperary Co. Council insists it will press ahead with banning vehicles from Clonmel's St Patrick's Cemetery but it has agreed to help people with mobility difficulties to access their loved ones' graves after the ban comes into force.

The Council has refused to bow to public pressure from the Friends & Families of St Patrick's Cemetery Group to reverse its decision to stop vehicles from entering the town cemetery. It says the ban is necessary for health and safety reasons.

A delegation from the Group made a passionate appeal at Clonmel Borough District's monthly meeting last Wednesday, September 19 for the vehicle ban to be scrapped and handed in a petition of more than 5000 signatures.

Emotions ran high as members of the Group staged a vocal protest outside the Town Hall as councillors debated the issue at the  meeting.

But following further discussions with the campaign group's leaders last Friday, Clonmel Town Manager Sinead Carr agreed to engage with the Group to try and overcome what she described as the  "genuine" difficulties that people with disabilities will have in accessing their family graves after the ban is enforced in a few weeks time.

However, Ms Carr point blank refused the campaign group's other compromise proposal to open St Patrick's Cemetery to traffic for a number of hours daily for those who need to use a car to get to their family grave.

Anne Marie Whelan of the Friends & Families of St Patrick's Cemetery Group has welcomed the commitment Ms Carr has given to engage with the Group in relation to finding a way to accommodate people who are old and infirm or suffering from a disability.

The breakthrough in the highly emotive dispute between the Council and campaign group happened during Minister for Housing, Planning & Local Government Eoghan Murphy's visit to Clonmel's Kickham Barracks last Friday.

Members of the Friends & Families of St Patrick's Cemetery Group  met with the Minister and outlined their concerns about the impending closure of the Cemetery to cars. They also spoke with Ms Carr and appealed to the Council to come to some compromise in relation to people with disabilities.

The following day, the Group staged a protest march attended by about 40 people from the Westgate to the Main Guard in Clonmel town centre.

Ms Whelan said the Group has now suspended its protests at the gates of St Patrick's Cemetery, which took place over several days last week.

Ms Carr said she will engage with the Group within the next two weeks.