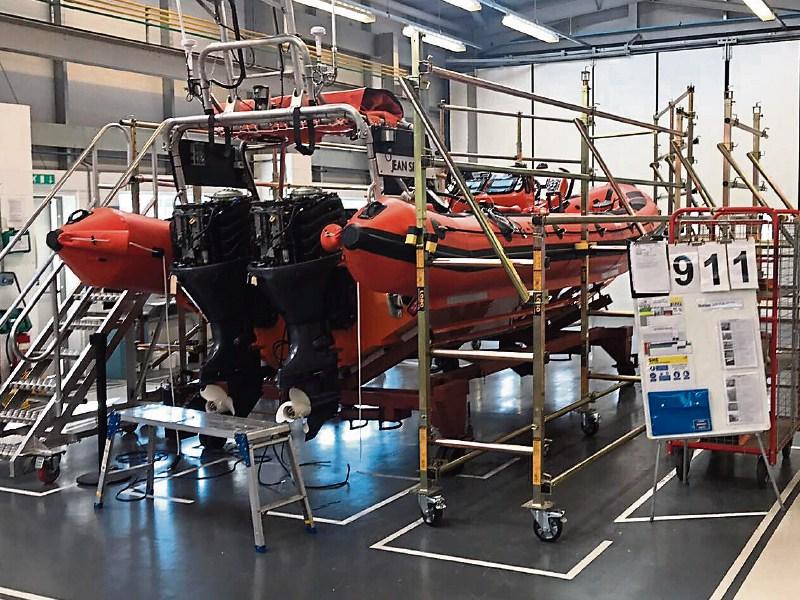 The Jean Spier under construction in Poole in England

Lough Derg RNLI is to receive the gift of a new rescue boat.

The boat, an Atlantic 85 B911, will be named the Jean Spier, and is being donated by the late Jean's husband Robert.

Mr Spier is donating the boat as he and his wife had been previously rescued by the RNLI and have been lifelong supporters of the organisation since.

“This is an enormously generous gift to the RNLI and to Lough Derg, we are honoured and appreciative of Mr. Spier’s great kindness and support of the lifeboats,” said Eleanor Hooker of Lough Derg RNLI.

In preparation for receipt of their new lifeboat, volunteers at Lough Derg RNLI will have intensive training on an Atlantic 85 in October. The new lifeboat differs in specification to the Station’s current Atlantic 75, Elsinore.

In November, volunteers from the local RNLI fundraising branch, Operations Team and crew at Lough Derg RNLI will travel to Poole to meet Mr Spier and to attend the official naming ceremony.