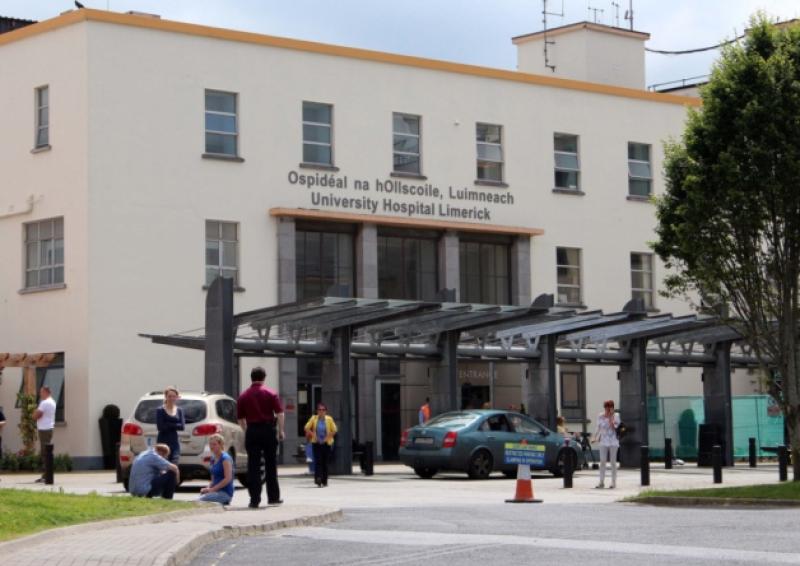 A group of antibiotic resistant bacteria that are becoming more common all over the world, especially in hospitals, may have been a possible associate factor in a eight deaths at University Hospital Limerick between February 2009 and May 2017, a review carried out by the hospital group has revealed.

The review process has concluded that there were eight patients where CPE may have been an associative factor in their deaths. No patient died directly from CPE and all eight patients had significant underlying health problems.

The hospital group is not releasing details of where the patients came from in the Mid West for patient confidentiality reasons.

The bacteria, carbapenemase producing enterobacteriaceae (CPE), was isolated in University Hospital Limerick (UHL) in 2009 and the first outbreak in an Irish hospital occurred in UHL in 2011.

CPE are found in the gut and the bacteria represent an emerging threat to human health, particularly in hospital settings.

CPE have developed the ability to become resistant to powerful last-resort anti-microbials known as carbapenems, which makes them more challenging to treat if they go on to cause infection.

The hospital carried out a review into the deaths of 73 CPE-positive patients in the Mid-West. All 73 had been inpatients at UL Hospitals Group between February 2009 and May 2017.

The review, which was published this Tuesday, followed HIQA inspections in 2014 and 2015 that led to increased political and media attention on the management of multi-drug resistant organisms in UHL.

An internal investigation was initiated by the Chief Clinical Director, UL Hospitals Group, in June 2017. Preliminary work on the internal investigation was already underway by the time the Group was notified in July 2017 that a protected disclosure had been made to the Limerick City Coroner alleging 36 CPE-positive patients had died as a result of “wrongdoing” by UL Hospitals Group in failing to control the spread of CPE.

Both internal and external investigations are published today along with the overall conclusions of the review process.

Key findings of the review process include:

- The external review found five cases in which CPE may have been a contributory factor in their death. All five had serious underlying clinical conditions and co-morbidity factors

- The internal review, which was conducted independently, found three cases where CPE was found to have contributed directly to the death of a patient and a further 10 in which CPE-acquisition may have played an associative role

- In a Supplementary Report requested by UL Hospitals Chief Clinical Director to reconcile the internal and external review findings, Dr Spencer found a total of eight cases in which CPE was an associative factor but no deaths arose directly as a result of CPE-acquisition. The Supplementary Report was received in December 2017 and accepted by the Group

- Some shortcomings have been identified in the review process in the documentation of communication to patients/next-of-kin of CPE status. In addition, shortcomings were identified in notifications to the coroner around the HCAI (healthcare-associated infection) status of deceased patients. Both these matters are being improved upon.

The findings of the review have been communicated to the next-of-kin and to the patients’ GPs and treating consultants. Face-to-face meetings are being offered to the next-of-kin of the eight patients and five of these meetings have already taken place. Two families declined a meeting offer and contact has yet to be established in the remaining case.

Letters have also been sent to the next-of-kin of patients where CPE was found not to have been involved and a helpline has been set up to answer their questions.

The review findings have been shared with the Limerick City Coroner, with the HSE, with the Department of Health and with HIQA.

Commenting on the review findings, Prof Paul Burke, Chief Clinical Director, UL Hospitals Group, said: “ It is the conclusion of the report that CPE was an associated factor in the deaths of eight patients. All these patients also had other significant medical problems, and CPE was only one of a number of factors contributing to their deaths.”

“Differing opinions will always exist between clinicians as to the relative contributions of different conditions to a patient’s death in those who suffer from multiple medical problems. We believe our conclusions are reasonable,” said Prof Burke.

Over the timeframe of the review (February 2009 to May 2017), there were 196 new CPE detections from the Department of Microbiology at UHL. UL Hospitals Group was the requesting location for the majority of these samples although this does not mean CPE was acquired in the requesting location in all cases. Indeed, a high number of detections is expected at UL Hospitals Group due to the comprehensive screening programme that is in place. Over 41,000 CPE screens were performed at ULHG over the timeframe of this review. Every positive CPE case detected allows staff to put the appropriate contact and isolation precautions in place.

The screening programme is one of a number of measures put in place by the hospital in recent years to manage CPE or other healthcare associated infections. These also include strengthened governance; infrastructural improvements; increased staffing; staff training and education initiatives; improved surveillance and reporting; implementation of new guidelines around antimicrobial prescribing etc.

Of the 73 patients subject to the review, it is significant that the majority were colonised with (ie harmlessly carrying) CPE rather than infected with CPE. Similarly, the majority were detected through screening.

Prof Colette Cowan, CEO, UL Hospitals Group, said: “We are conscious in publishing the review today that behind every number, there is a family who has lost a loved one. We know that in revisiting these matters, we may be adding to their distress. We apologise for this but we felt strongly that all next-of-kin should be informed of the review findings.”

“CPE is not an easy thing for people to come to terms with. We would like to reassure patients and to reassure the public that the precautions we take in screening for CPE and in cohorting or isolating CPE contacts or CPE-positive patients are taken to minimise the risks to the most vulnerable patients. We hope that in publishing the report today - together with national initiatives such as the CPE Contacts Communications Programme and the declaration of a national public health emergency by the Minister for Health – we can contribute to a better informed public conversation around multi-drug resistant organisms and the real risks they pose to public health,” Prof Cowan said.