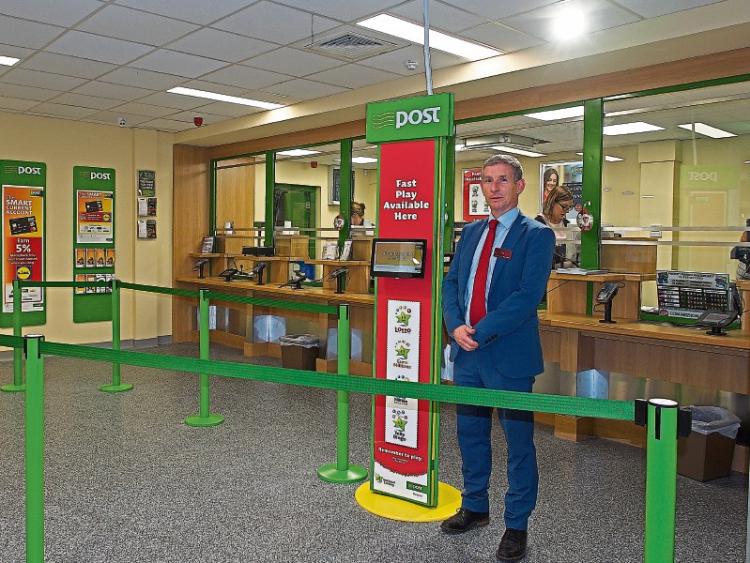 Carrick-on-Suir post office has moved home from Sean Kelly Square to the town's SuperValu supermarket where it opened for business on Monday morning.

The post office's new premises has been purpose built inside the front entrance to the supermarket, whose owner PJ Guinan took over as the town's postmaster in early July.

Mr Guinan owns the neighbouring building on Sean Kelly Square where Carrick-on-Suir post office was located for nearly the  past  decade.

Mr Guinan has now decided to let out that  property.

Before moving to Sean Kelly Square, the town's post office was based at 43 Main Street.

Mr Guinan says the overriding public reaction to the post office's new home has been postive so far.

He believes Carrick-on-Suir's post office will benefit from the footfall of customers visiting the supermarket and vice versa.

He says the co-location of post offices in shop premises has become common throughout the country and he doesn't believe moving Carrick-on-Suir's branch to his supermarket represents a downgrading of its status.

On the contrary, Mr Guinan maintains the post office's new premises represents an upgrade on its former accommodation.

Alongside this, he says the new location is easier to access for elderly people and those with disabilities as there was few car parking spaces  for them in Sean Kelly Square. And he stresses  the post office's opening hours are the same as are the services its offers the public.