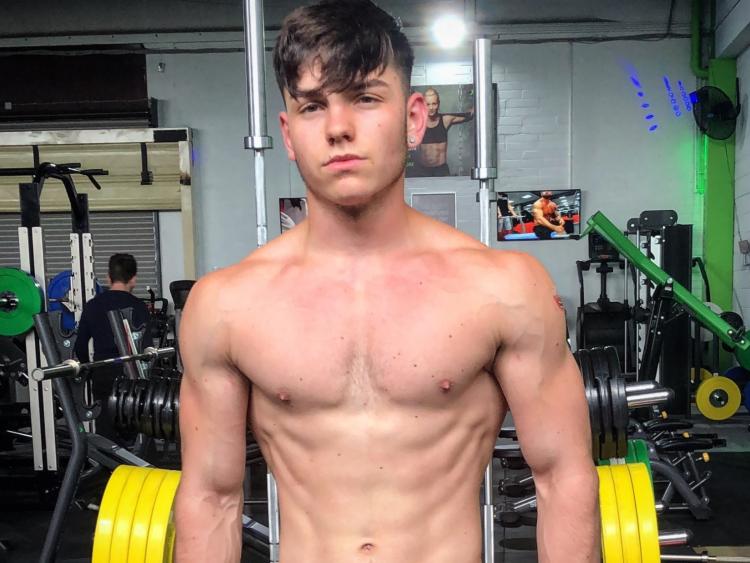 A teenager who moved to Thurles in County Tipperary from Poland has overcome a troubled childhood and is making a success of his life.

Instagram influencer Oskar Lipinski, who starred in the current series of Ireland's Fittest Family on RTÉ One, plans to launch his own streetwear collection, Club De Luxe, in the coming months.

He is using the experience of modelling for clothing brands over the past few years to start a new chapter in his life.

But Oskar's journey to kick-starting his own business has taken many detours. After moving to Thurles 15 years ago, he had a difficult upbringing. “I was easily influenced as a kid growing up in Thurles. I got in with the wrong group and was always trying to act cool and stand out from the crowd.

“I had a difficult time in primary school and it had gotten to the stage where I wasn't allowed to stay in the school at lunchtime because I was a hazard to the other pupils. It wasn’t until I went into secondary school that I copped on, winning awards in first and second year like Entrepreneur of the Year.

“But I fell back in with the wrong crowd again and was doing stupid things in front of my friends. I was nuts, had a very short temper and my parents were always getting called into the school,” Oskar admits.

With the support of his sister Daria (19), parents Darek and Justyna, and close family friends, Oskar committed to getting his life on track. He started playing GAA for Thurles Gaels, dressed better and joined the gym. He opted to dropout of school in order to focus on his brand and fitness, but credits SNA teachers at Coláiste Mhuire Co-Ed for keeping him in school until fifth year.

“The immature crowd who I used to hang around with are all doing drugs now and that’s where I would have been if I didn’t cop on. As I got older I started to realise the importance of being true to myself.

“I wasn't hanging around the street and had something to look forward to. The gym was a great place to throw on my headphones and let off some steam. I put up a three month transformation photo on Instagram and got great feedback. I started watching fitness influencer Rob Lipsett on YouTube and I want to be a younger version of him. If I really work hard, I can get up to the level he's at and have a better life when I’m older,” Oskar dreams.

Oskar, who works as a personal trainer at Xtreme CSC Thurles, says providing “valuable content” to his 18k Instagram followers got him noticed by Ireland's Fittest Family. The Lipinski family were knocked out of the series, but thoroughly enjoyed having Wexford manager Davy Fitzgerald as their coach.

“Ireland’s Fittest Family contacted me on Instagram and said they would love to have me on the show. I always wanted to be on TV, so I convinced my family to do it. Davy Fitz was a good coach to work with. People make him out to be a mad man, but he’s actually really quiet and nice,” Oskar smiles.

The “awful experience” of getting scammed out of €2,000 by a United Kingdom modelling company has given Oskar that extra push to pursue his dream of launching a clothing line.

“I got contacted by a company in the UK who promised to help me break into the modelling scene. I spent over €2,000 between my portfolio and flights over there, a complete waste of my money because I got no work from it. A lot of companies are looking for a cheap way to sell their brand. They send you a message on Instagram and offer you a discount code if you promote their clothes. People think they are celebrities when the harsh reality is that they are making a fool out of you.

“I used the awful experience to push on with my dream of becoming a model. I created my own backdrop and started buying clothes from small companies just starting off and promoting them on my social media. I got noticed by a clothing company and have been working with them ever since.

“From working with different companies, I’ve identified what’s missing in the market and what styles people like. I’ve been saving every penny the last six months, working over 60 hours a week between two jobs, and then coming home at night and working on the designs. I will be receiving samples from manufacturers in the next few weeks, building a website and doing some photoshoots. It’s a big step for me and I’m looking forward to the future,” Oskar adds.