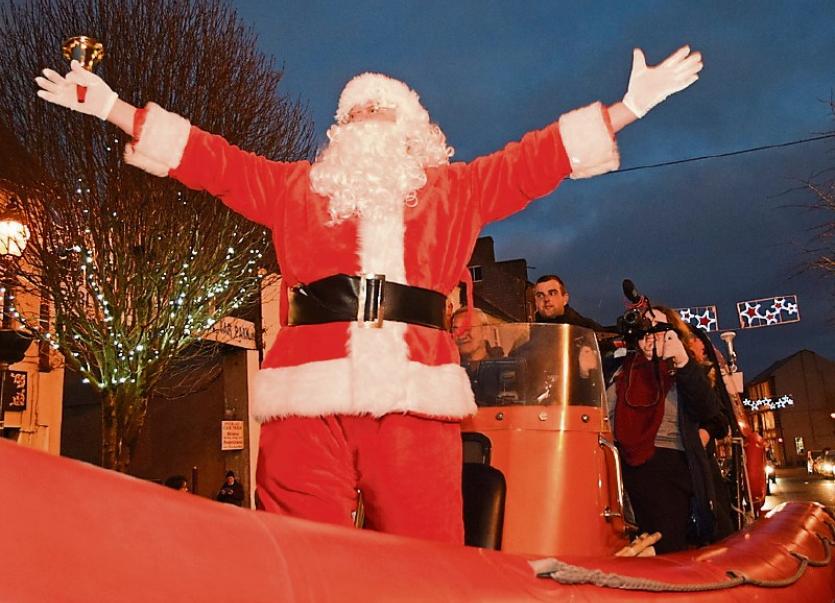 The location of Carrick-on-Suir's Christmas lights switch-on ceremony has been changed to outside the Carraig Hotel on Main Street on Saturday afternoon.

Carrick-on-Suir Business Association had planned to stage the ceremony at the newly constructed plaza outside the refurbished and extended Town Hall on New Street but the Association was informed yesterday (Thursday) the area wasn't yet ready to host the ceremony.

The lights will be turned on, instead, at Main Street at 4.30pm tomorrow (Saturday, December 1) by Santa, who will arrive on board a Carrick-on-Suir River Rescue boat.

Carrick-on-Suir Brass Band will perform festive tunes at the event, which is always very popular with families of young children. Tipp FM will also broadcast from Main Street from 11am to 2pm on Saturday to support Carrick-on-Suir Business Association's shop local campaign.

He thanked Cafe West on Carrick-on-Suir's Westgate for their assistance in bringing Santa to the town.

Santa has traditionally switched on the town centre's festive lights on Main Street and this was the first year a change of venue was planned.

Carrick-on-Suir's business community, meanwhile, is appealing to the public to support local traders when doing their pre-Christmas shopping.