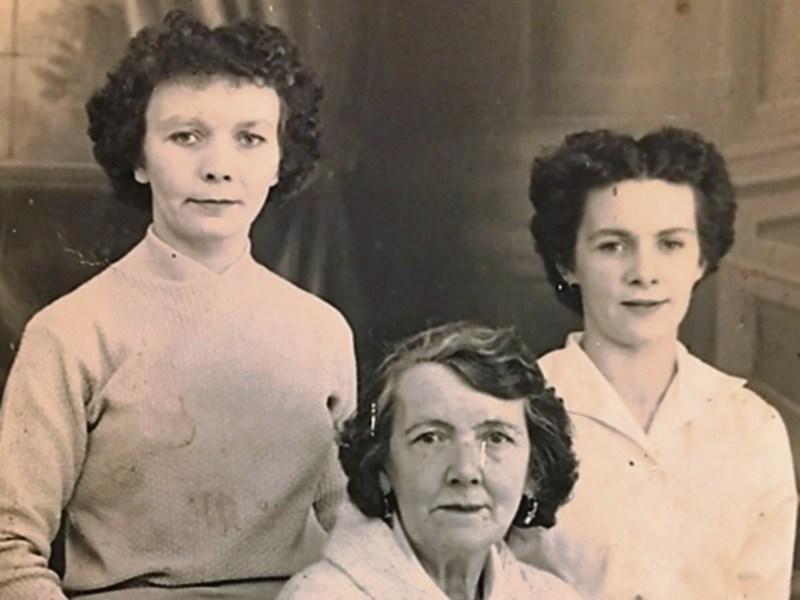 A remarkable book chronicling the influential lives of the daughters of Cahir, County Tipperary, will be launched on Friday night (December 7).

The book contains a treasure trove of stories about the role  played by remarkable women in Cahir, Ireland and all over the world.

The  launch of Daughters of Dún Iascaigh will take place  in Cahir House Hotel on December 7 at 8pm.  The launch coincides with and celebrates the 100th anniversary of the 1918 election, the first in which women were allowed to vote.  The evening will include music, song, poetry.  Proceeds will be donated to Cahir’s St. Vincent de Paul to support their campaigns.

The idea for the book was born about  eighteen months ago and the Cahir Women’s History Group was formed to address the question, “Did 50% of the population of this typical Irish town have no impact on its long history?”  The aim of the group was to unearth stories of the forgotten women of Cahir during the upheavals and transformations of the past centuries.

The newly formed group of four got to work, meeting once a month to exchange information on Cahir women and piece together their stories.  In the beginning, the small group had modest goals.  “We wanted to produce a list of women with their roles in history and to give them at least some recognition in a recorded history almost completely dominated by men,” said Josephine Casey.

The search began in earnest. Militant women, famine widows and keening women were uncovered.  Cahir orphaned girls sent from the Clogheen workhouse to Australia and other unbelievable escapades in faraway lands surfaced, and so the scope of the research expanded.

“An avalanche of characters and stories came tumbling in from both men and women who were now looking at their long lost female ancestors in a whole new light.  Very quickly, the list of strong and influential Cahir women grew,” said Mary O'Donnell.

From Loughlogher’s Laura McCraith who fought for female suffrage, to Rafane’s  Katherine Barrett who was the first white woman to attend a Navajo pow-wow, to revolutionary guerrilla Alice Butler of Millgrove and the RIC widow, Lily Potter, who retrieved the body of her  executed husband from the IRA under darkness. Also, there was Bridget Ryan, the Cahir nurse who was decorated at Buckingham Palace by King George V for her meritorious work in hospitals; Kate McCarthy who survived the sinking of the Titanic; and the fascinating testimony of Clonmel’s Lily Carew who cared for the last of the line of Cahir’s Norman aristocracy.

The work became more methodical and sophis- ticated. With further research through archives and ancient manuscripts in the Royal Irish Academy, the first mention of a Cahir woman came to light.  Her name was Bodamair and reference to her was found in the pages of the ancient Great Book of Lecan.

The story of the 3rd century revenge killing of Bodamair jumped out from the inky vellum pages.

The list goes on: single mothers, women raising large families, women’s health care during the famine, the criminals, the “immoral”, and the victims. These are the extraordinary women of Cahir.

As the stories continued to flood in, the history of Cahir began to crystallise.

“Cahir was a microcosm of the country as a whole, from the landlords to the peasants and everyone in between.  Those who battled through famine, revolution, world wars, emigration and social upheaval made us what we are today, a town and country forged through adversity,” said Carol Defalco.

Another member of the group Breda Ryan said the Cahir Women’s History Group felt there was momentum and a chance to finally set the record straight in relation to how their town’s path through history would be remembered.

Dún Iascaigh is the Irish for Cahir; and the idea of the book, Daughters of Dún Iascaigh, was born.  The 300- page book has 40 chapters contributed by 20 authors, including submissions by noted writers: Cahir natives Margaret Galvin (The Waiting Room, 2005) and Paul Buckley (Cahir Faces in Places, 2015), Sinéad McCoole (No Ordinary Women, 2003), and Clogheen’s Ed O’Riordan (Atlas of the Great Irish Famine, 2016).

Dozens of photos and other graphics accompany the chapters, and internationally renowned artist and Cahir native, Alice Maher, contributed the evocative and striking piece of art used on the cover.