Roscrea woman who broke tibia in restaurant guilty of being intoxicated

Defendant was 'screaming for her mammy' following incident 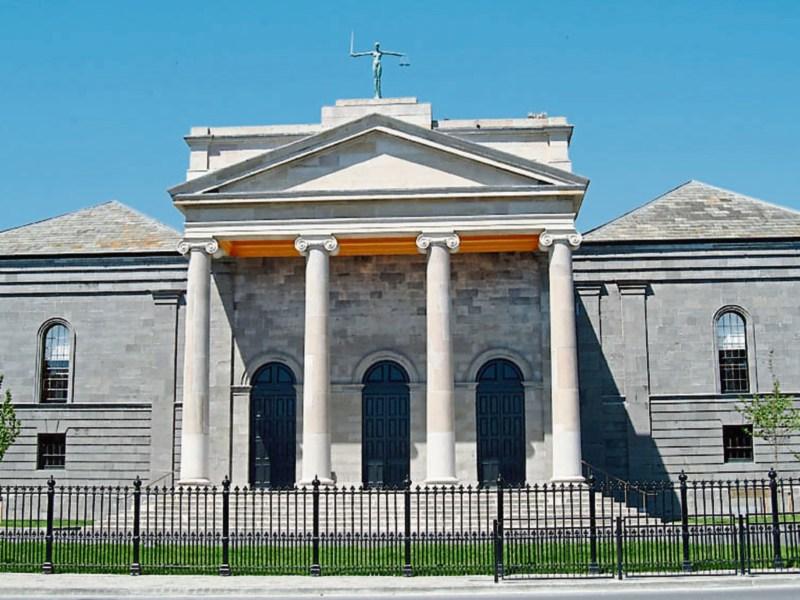 Nenagh Court: woman found guilty of being drunk and a danger

A woman who fell in a Roscrea restaurant because she was drunk was left with a broken bone in her leg, Nenagh Court was told.

Johanna Harty was screaming on the floor of Tasty Burger, Main Street, Roscrea, when the Gardai arrived and could not stand, the court heard.

Ms Harty, whose address was given as 1 Ashbury View, Roscrea, denied being drunk in public to such an extent as to be a danger to herself and others on September 2, 2017.

Garda Janice Nolan told the court the gardai received a call about an incident in the restaurant at around 9.55pm. When she arrived at Tasty Burger, she found Ms Harty on the floor "shouting at staff members".

Garda Nolan spoke to Ms Harty who told her she had fallen and could not get up.

The garda said she got a "strong smell of alcohol" from Ms Harty. She and the staff made a number of attempts to get Ms Harty to stand but she was not co-operative. The restaurant staff called an ambulance, she said.

"Ms Harty was shouting for her mammy and at others who came in," said Garda Nolan.

Under cross-examination by David Peters, solicitor for Ms Harty, Garda Nolan said that the weather on the night in question had been "a little damp, but there was no water on the floor".

"Would it surprise you if I said it was one of the stormiest nights of the year and that Ms Harty broke her tibia?" said Mr Peters.

Garda Nolan said she had no evidence of that. Garda Nolan denied that people had been shouting at Ms Harty.

Betty Fosse, owner of Tasty Burger, told the court that when Ms Harty came into the premises she was being helped by friends.

"They were messing and she went down on her bum," said Ms Fosse. "She was wearing sir or eight-inch high heels."

She said that she and the staff tried to help her and Ms Harty said she had hurt her leg. An ambulance and the Gardai were called.

"She said Ms Harty had been crying for her mammy and when her mother came in she tried to get her daughter up and couldn't.

"She got fed up and left," said Ms Fosse.

The restaurant owner said that Ms Harty and her friends were "giddy and drunk" when they came in. "I get this every night of the week."

She told Mr Peters that the restaurant door had been closed at the time. Mr Peters also put it to her that his client had her shoes in her hands when she came in to the premises. Ms Fosse said it was she who had called the Gardai. Ms Harty, in her evidence, said that she had been drinking with her niece, who was pregnant and not drinking. She had a drink in a bar and they decided to go for something to eat.

"The door of the chipper was open. I said to my niece: 'watch yourself because the floor is wet'. I turned around to talk to her and I heard my leg snap. I screamed with pain," said Ms Harty.

She said that the owner screamed at her to get out.

"I couldn't get up. The pain was unbelievable. I screamed for my mother to help me. My father is dead," said Ms Harty.

She said she told the Gardai she was not able to get up. Ms Harty said she did not have her shoes in her hand at that stage. However, she could remember trying to pull her dress down "out of embarrassment" because there was a man present.

She said her mother had left because "her heart was broke with my pain" but she had waited outside.

Ms Harty said she had to have an operation on her leg and had pins and a rod inserted into it and would require another operation.

Under cross-examination by Sgt Mark Kelly, she told the court she had four or five vodkas that night.

However, Ms Harty said she had not been drunk and if the garda thought she was drunk "she should have breathalysed me".

Mr Peters submitted that his client admitted having a few drinks, which was "nothing unlawful" and that Ms Harty's evidence had been that she had fallen and had been in pain and could not get up. However, Judge Elizabeth MacGrath said noted Ms Harty said she had been drinking and Garda Nolan had said she got a strong smell of alcohol from her.

"I am satisfied that she was intoxicated. I am sorry that she broke her leg but her actions indicated she as a danger to herself and others," said the judge.

Judge MacGrath fined Ms Harty €100 and set recognizance in the event of an appeal in Ms Harty's own bond of €250.