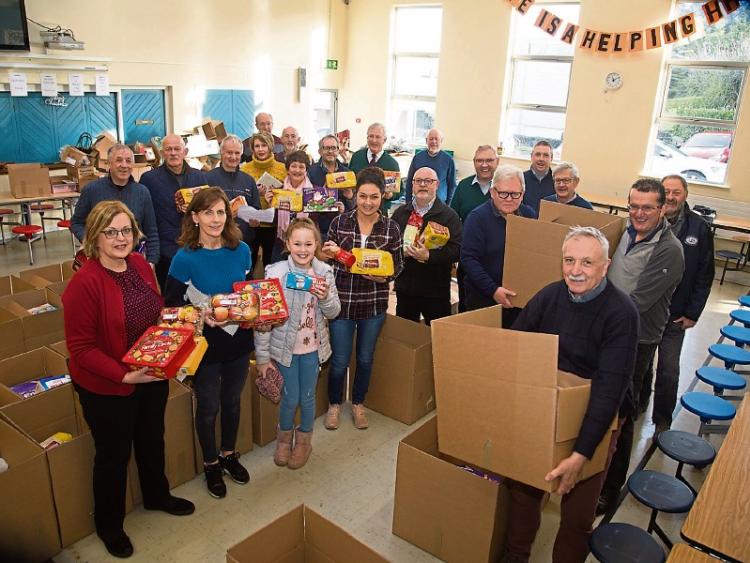 The Lions Club of Roscrea annual food and cash appeal was a brilliant success with a record number of parcels being prepared and delivered.

The response from the people of Roscrea and beyond was overwhelming with sizeable donations as well as smaller amounts being given.

All donations are gratefully received and 100% of the donations go to this and other worthy causes.

The Lions Club of Roscrea was chartered in 1968. The club currently has 30 members and is active throughout the year with various community projects.

The club runs about six major fundraising projects during the year with the funds going to local community projects.