Stories bring past alive and resonate with the present 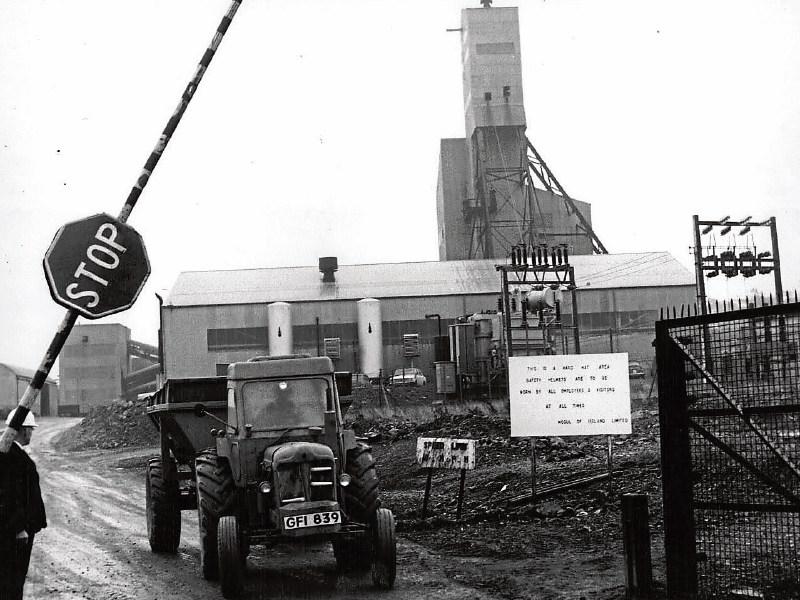 Leaving the Mogul mine in Silvermines

It is always helpful to bring the past into our busy lives as it gives an appreciation of what we have now and how much change has happened in a small number of generations, writes Sean O Cinneide in his introduction to the seventh edition of Mining the Past, the journal of the Silvermines Historical Society.

However, history allows to us to see how little has changed down the years, and in Tim Boland’s excellent article on the famine, we can see how somethings seem to remain the same, especially when it comes to health funding.

In 1847, the numbers attending the local Nenagh fever hospital were immense, so much so that temporary hospitals had to be opened in Toomevara and Silvermines. But money, like today, was a problem, and Silvemines received only half of what Toome got. By October the running of the hospitals had been shoved on from the State to the board of guardians at Nenagh, who were already in financial difficulty and both hospitals closed less than a year after they opened.

And, it would seem the eighteenth century equivalent of reconfiguring the health services did not suit everybody as the people of Templederry regarded Silvermines as being too far away and preferred to attend Nenagh instead.

Tim also points out that the new Poor Law Extension Act led to an increase in crime as people with over a quarter of an acre were not entitled to outdoor relief. Now, how many times have we heard it in the recent past that people have had their entitlements cut because they were slightly over the limit?

Among the crimes were the robbery of cess collector John Ryan, who had £50 taken from him at his home by force. Lord Dunalley’s gamekeeper John Moloney was robbed and assaulted for £8 and a bank deposit of between £70 and £80. The Dunalleys had a house burned to the ground and, in shades of recent incidents in Strokestown, County Roscommon, William Jones, Kilboy’s land agent, was threatened with death if he did not turn out a tenant who had taken possession of land from which a family had been evicted.

In recent months, a food bank has been established in Nenagh, with another on the way in Roscrea, and, in Cait Logue's Bandits at Barnagore, she tells how, in September 1846, the agricultural society held its annual show and subsequent dinner in Brundley’s Hotel at which “40 gentlemen sat down to an excellent and substantial dinner”.

Meanwhile, many of the poor were in a dire a situation because of the lack of food and the wherewithal to buy it. The number of paupers in Nenagh Workhouse rose from 500 in January to 1,400 in December.

Other themes touched on are emigration and immigration, both topics wrought with the sadness of the displaced and death far from your native soil

Patricia Feehily tells of her great friend Julianna O'Brien, who “threw her cap over the wall and knew she would follow it wherever it fell.”

That journey brought her from Silvermines to Toronto and New York, scaling the heights of the corporate world to run the “best HR department on Wall Street”. She played a huge role in evacuating her building when the Twin Towers were struck and was later presented with an Angels of Courage plaque.

A woman of empathy and compassion, Patricia and Julianna became firm friends while both were working in Nenagh before Julianna headed for Canada, where on January 22, 2017, she was laid to rest at the age of 67.

Michael O’Brien tells the story of Mary Ellen Tobin and her sister Bridget, who emigrated to Baltimore in the 1880s in An American Wake in Boherbee.

With immigration and refugees being blamed for almost every woe in some countries, the story of Maisie Riseborough brings tears of joy and an understanding of what others bring into a community. Written by Patricia Mulqueen and Maureen Steed, Maisie’s story starts with her being evacuated from London in the Second World War to eventually arrive in Silvermines, where she quickly became part of the furniture.

Maisie married Sean Moran, who returned home to his step-mother’s house in Tullaheady after his father's death in 1959. Here, Maisie developed her skill as a gardener, selling vegetables in Nenagh and flowers to the Gilmartins who ran the local hotel. She was instrumental in setting up the country market.

With all the talk these days of “food miles” and State agencies running campaigns highlighting “from farm to fork”, it is hard not to see how these wouldn’t matter if we only followed the simple life of Mary O’Kennedy, who writes about From Farm to Fork in 1950s Dolla.

Between milking cows, raising chickens, keeping a pig, rearing lambs or growing vegetables, Mary shows how her generation were ahead of the “farm to fork” marketing merchants of today.

“It is strange to think that many children nowadays don’t know where their food originates and that there is a programme in city schools to demonstrate that food doesn't come from supermarkets. On a small farm in 1950s Dolla, we had never heard the expressions ‘from farm to fork’ (though we were living it) or ‘food miles’ (most of our food hadn't travelled more than a few yards). We knew where every morsel came from and we were taught to have huge respect for the animals who were the source of much of our food or income,” writes Mary.

Michael O’Brien and Jim Egan recount the life of Breda Ryan of Ballyphilip in The Changing Role of the Farmer’s Wife.

Keeping the farm to fork theme, Breda tells them how surplus eggs were sold, a chicken or young hen was often killed, the fatted goose was killed for Christmas dinner and fuel was either wood or turf - no smokey coal or natural gas or oil central heating back then!!!

Even the luxury of toilet paper was eschewed as it was the woman’s role to cut up the newspapers for the outside toilet.

With plans afoot for a massive hydro-electric power station at Silvermines, Denis Gleeson and Padraig Collins's article Footsteps of a Miner is very apt. Their story opens with a description of past mining activity scattered across Silvermines Ridge and the former Mogul dumping ground with its old barrels, steel wire rope and worn steel rods. Soon this is to be transformed when the building of the power station starts.

And Anthony Collins and Willie Hickey recall how lime was burned at Silvermines up to 1915.

Indeed, it must be great to know that the mining legacy is to be used by another generation to produce green electricity.

Mining the Past unveils a rich seam of history, and one of the more intriguing stories is that of Anne Roos about her grandmother’s first cousin, Bertie Hewitt, who joined the British army in 1914 to go off to war, only to die a year later after had been gassed and then to be expunged from the family’s memory like so many Irishmen who fought in the war to end all wars.

Ann reveals the family’s dark secret in Our Family Ghost - Bertie Hewitt, and it can’t have been easy for her to discover that Bertie was written out of Hewitt history, not even gaining a mention in family death notices, including that of his father, John, or uncle Robert.