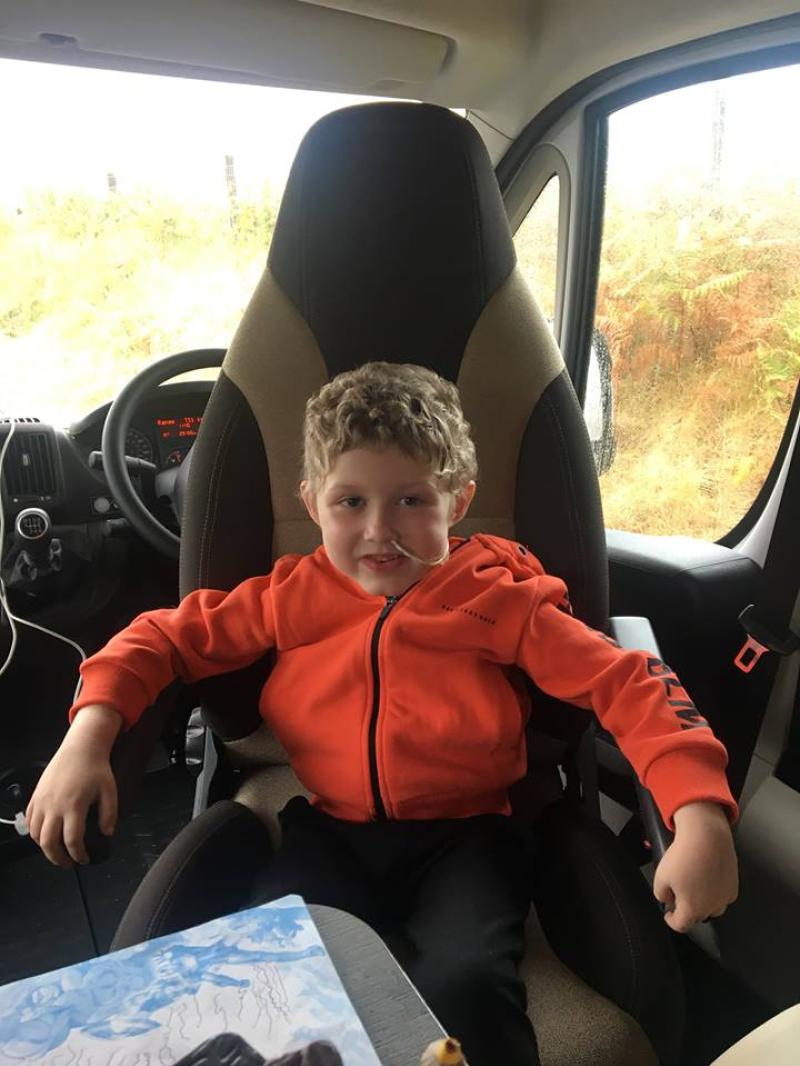 The communities of Nenagh, Portroe and Kildorrery in north Cork are united in grief this new year following the news that little Fionn Doyle had lost his battle against leukaemia.

Fionn, 7, touched the nation's hearts last August following an appeal from his mother, Eimear, to people to send a birthday card to the youngster.

Cards poured in from home and abroad, with Cork Fire Services, the local Gardai and An Post all pulling out the stops for Fionn's big day on August 22.

Mum Eimear, a primary school teacher, is a daughter of John and Mary Gleeson, Ballygraigue, Nenagh, while her uncle, Tony, ran Gleeson's Spar shop in Portroe until he passed away in 2013.

Fionn had battled leukaemia for over five years, but last May 16, his parents, Eimear and Jack Doyle got the heartbreaking news that his illness was now terminal.

Fionn died on New Year's Eve peacefully at home in Scart, Kildorrery, with his family, Jack and Eimear and sisters Saoirse and Amy.

His is lovingly remembered by his parents and sisters, his grandparents, uncles, aunts, relatives, neighbours and friends.

Reposing at his home (Eircode: P67 DN82) this Wednesday, January 2, from 3pm to 8pm. Reception into St. Bartholomew’s Church, Kildorrery on Thursday, January 3, for Mass of the Angels at 12 noon followed by private cremation at the Island Crematorium, Ringaskiddy.

No flowers please, donations, in lieu, if desired, to the Children’s Leukaemia Association.