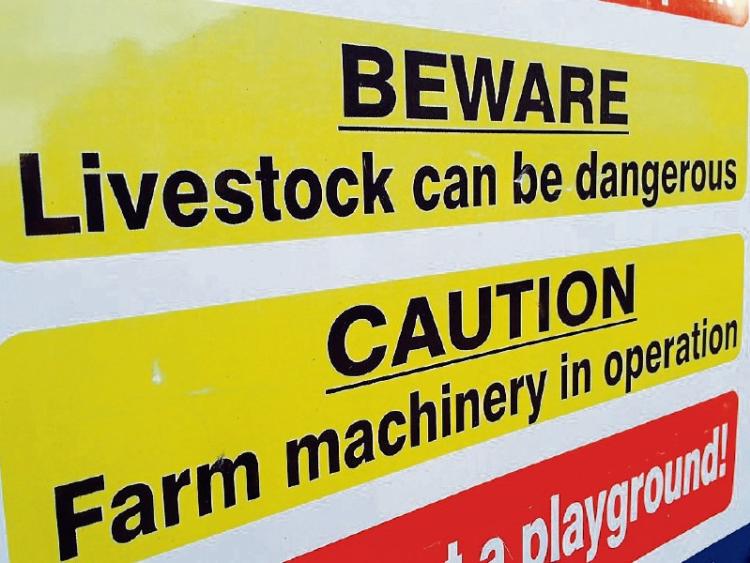 Tipperary had two workplace accidents in 2018

Tipperary had two workplace accidents in 2018, according to figures released by the Health and Safety Authority.

And farming remains the most dangerous occupation, with 15 deaths in the industry. When other farm-related sectors are added in, the total comes to 20, or just over half the deaths in Ireland in 2017.

There were 15 deaths in crop and animal production, hunting and related service activities, four in fishing and aqua culture and one in forestry throughout the country.

The 15 farm deaths is a reduction of 40 per cent on the previous year, which stood at 25.

A total of 37 people died in workplace accidents in 2017.

The next largest sectors for workplace deaths were construction and transport and storage, with five people losing their lives in 2017 in each of the areas.

“Although farming has also seen a very strong improvement in 2018, 15 fatalities, which represents 41 per cent of total fatalities, is still far too many for a sector that employs just 6 per cent of the workforce. The next highest sector is construction with five deaths in 2018 (14 per cent of the total) so both sectors will remain a key priority for us in 2019.

"I urge all stakeholders, particularly those in the farming and construction sectors, to focus their efforts to ensure 2019 sees a continuation of this very positive trend," said Dr Sharon McGuinness, chief executive officer of the Health and Safety Authority