‘Salute to the Crooners’ with Scoil Chormaic in Cashel 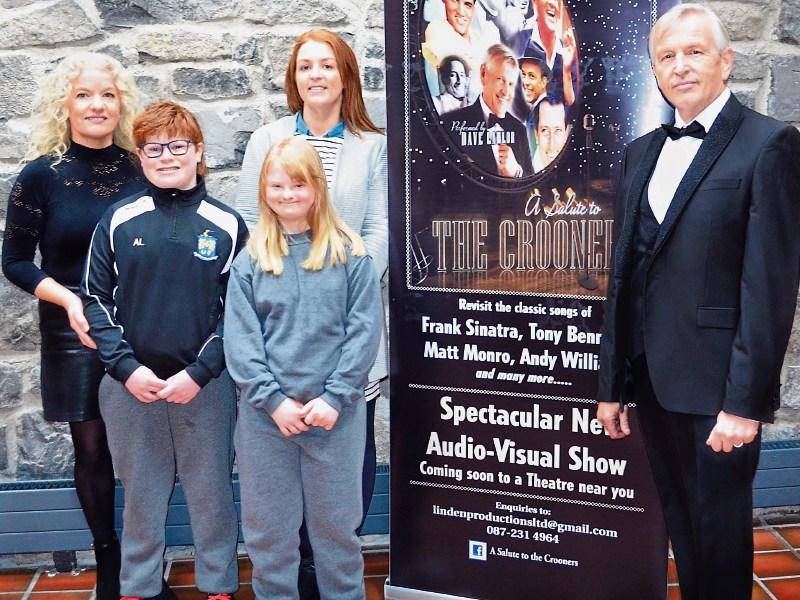 A wonderful night is in store as this exciting new audio-visual show, A Salute to the Crooners - which sees one of Ireland’s greatest singers Dave Lawlor pay tribute to the songs of Frank Sinatra, Andy Williams, Tony Bennett and many more - takes place on Thursday, January 24 at Brú Ború Theatre, Cashel.

Not only do you witness the crooner classics come to life with Dave’s velvet voice but see the fabulous portrayal of images of all the artists on a large screen which will enthral the audience.

Principal Lorraine Lowry is thrilled that this fabulous show A Salute to the Crooners will come to Cashel to support Scoil Chormaic, a school whose dedication to children with special needs is recognised and embraced by the people of Cashel and its environs. Lorraine hopes that people from the county of Tipperary will support this wonderful event.

Dave Lawlor, star of the highly acclaimed Show Reeling in the Showband Years was chosen by Linden Productions to front this visually stunning show. Acknowledged by his contemporaries as one of Ireland’s best singers Dave has received many accolades to date. Don’t miss your chance to witness the crooner classics come to life with Dave’s smooth voice and vibrant stage presence as he brings the audience through the great crooner songbook. Dave, with a penchant for sentiment, romance and charm, will enthral in this visually stunning show complete with rare images of the stars, devised by award winning Digital Set Designer Mario Beck.

As Red Hurley enthused about A Salute to the Crooners, “Lawlor stands in the shoes of giants, and they’re a perfect fit”.