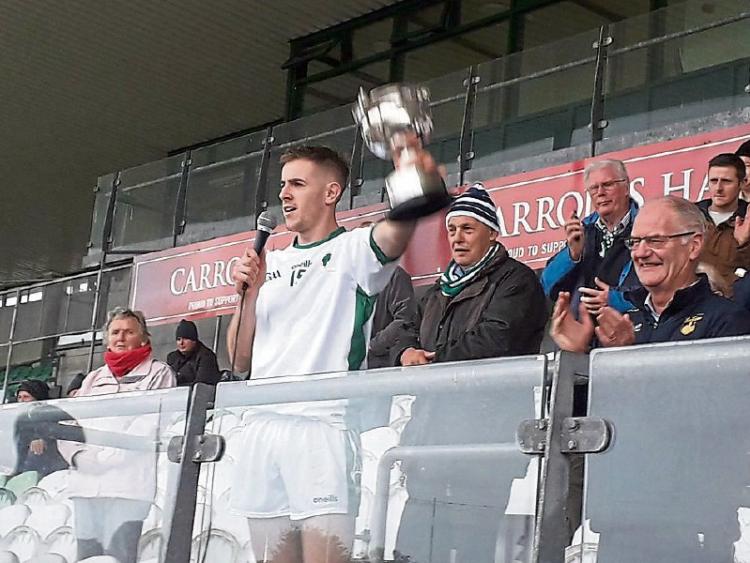 Hurler Kevin Connolly of Coolderry GAA club - both Kevin and his team are to be honoured at this year's regional sports awards, due to take place in the Racket Hall on March 1

The award for Sports Personality goes to Seamus Hennessy of Cloughjordan who in 2018 ran an Ice Marathon for charities engaged in suicide prevention. Seamus also played hurling with Tipperary at minor, under 21 and senior level. His Ice Marathon in December 2018 was 26 miles over a glacier on the Antarctic and was motivated by his mother’s death by suicide 18 years earlier.

The Special Recognition Award this year goes to St Cronan’s Camogie Club, based in Roscrea who celebrate 25 years in existence with Contribution to Sport award going to Ray Dempsey for his enormous contribution to rugby over many years .

A profile of each of the award recipients will appear in a later issue of this paper.  As stated the Sports Awards Presentation Dinner takes place as stated in the Racket Hall Hotel on Friday, March 1 at 7.30pm.  Music by Donie O.  Tickets are now available from Marie Tooher at the Roscrea Abbey Community Centre office (Abbey Hall). Phone 0505 21566.