Tipperary court: Nenagh court told man ‘gets notions in his head to do things’ 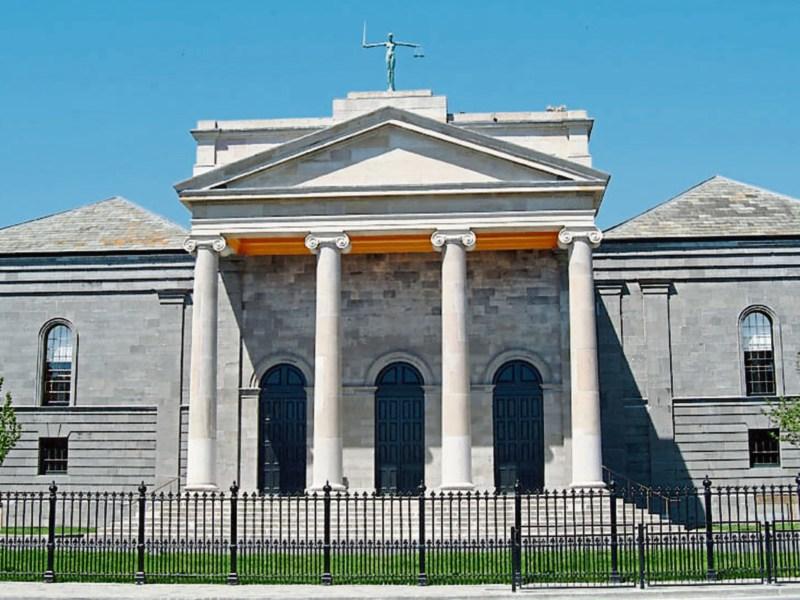 Nenagh Courthouse: Judge Elizabeth MacGrath told a defendant 'gets notions in his head'

A Nenagh man who committed a spate of offences, some while he was on bail, “gets notions in his head”, Nenagh Court was told.

He pleaded to theft of power tools and groceries valued at €500 from Lidl, Martyrs Road, Nenagh, on October 7, 2018.

The court heard that the offence was committed while Mr Forde was on bail.

A small amount of the property was recovered at Mr Forde’s house, the court was told.

He pleaded to entering a shed at the rear of a house on Church Road, Nenagh, on October 10, 2018, and stealing a lawnmower valued at €260.

The lawnmower was not recovered, the court heard.

Mr Forde committed the offence while accompanied by four others, the court heard.

He also pleaded to possession and supply of drugs at Cormack Drive, on November 22,, 2018.

The court was told that Mr Forde was stopped by gardai and searched under the Misuse of Drugs Act and cannabis valued at €152, a weigh scales and a tick list were found in his possession.

Mr Forde accepted the drugs and weighing scales were his but denied the tick list belonged to him.

In relation to having drugs at Nenagh Courthouse, the court heard that Mr Forde was observed by prison officers with a small square object wrapped in clingfim behind his back which he attempted to pass to a prisoner.

The package contained cannabis valued at €50.

The court was told that Mr Forde, who has been in custody since December 2018, had 73 previous convictions.

Sgt Michael Keating told Mr Forde’s solicitor Conor Delaney that there was “no doubt” Mr Forde was under the influence when arrested for the offences at Lidl and at Church Road.

“He can’t remember being there,” said Mr Delaney. “They were not premeditated offences.”

Mr Delaney told Judge Elizabeth MacGrath that his client “gets notions in his head to do things that to you and me don’t make sense, but to him they are perfectly normal”.

He said Mr Forde suffered from Asperger’s, and said that as an example of how it affected him that Mr Forde had hand built two trailers and swapped them for scrapped cars.

Mr Delaney said his client accepted that he he signed a peace bond for two years and that these latest offences would trigger a five-month jail sentence.

He appealed to the judge to impose a concurent sentence as Mr Forde had been in custody since last December 9, 2018.

Mr Forde, he said, was 30 years old and the father of two children.

“He does have issues with substances and also has mental health issues,” said Mr Delaney.

Mr Forde was remanded in custody on consent by Judge MacGrath to February 15, 2019, for a pre-sentencing report.