Victim told gardai she had been ‘electrocuted’ 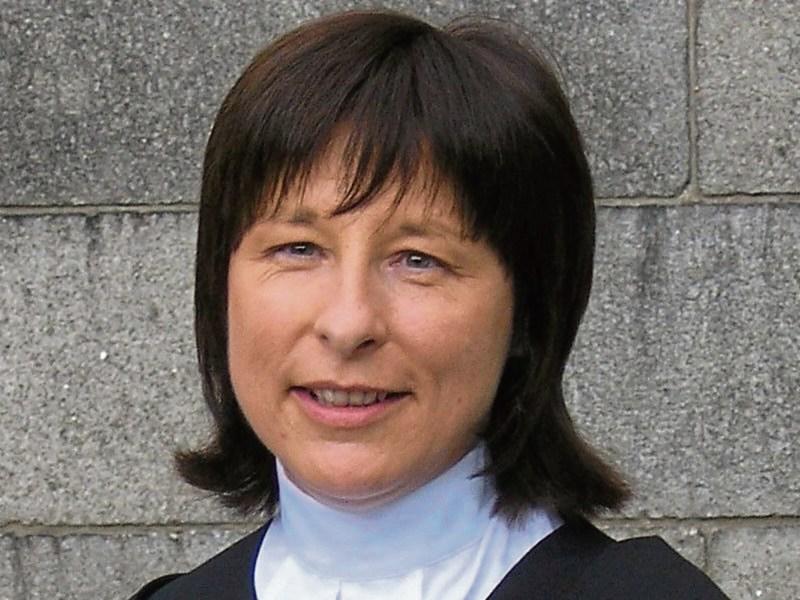 Judge Elizabeth MacGrath: bound defendant to the peace for taser assault on woman

A Nenagh man has been found guilty by the local court of assaulting a woman in the town with a taser.

Adam Maxwell, with an address at 12 Yewston, Nenagh, had pleaded not guilty to assault at Pound Lane, Nenagh, on July 5, 2017.

Alison Stone told the court that she had collected money from the local post office when she was approached by Mr Maxwell.

Ms Stone said that she had borrowed €150 from Mr Maxwell and paid him back €100. An argument broke out over the balance and things got “slightly heated”.

She later went to the garda station and told the gardai she had been “electrocuted with a taser”.

Photographs were taken of injuries on her chest, arm and elbow which consisted of broken skin and red marks.

Ms Stone said that Mr Maxwell had later shown remorse about the incident and she believed he was sorry for his actions.

Under cross-examination by Elizabeth McKeever, for Mr Maxwell, Ms Stone said that she had accepted Mr Maxwell’s apology and that she had thought about withdrawing her statement.

She couldn’t describe the taser.

Ms Stone told Ms McKeever that the money she owed Mr Maxwell was “not in relation to drugs. It was for food and electricty.”

Garda Michelle Casey told the court that Ms Stone had alleged she had been assaulted by Mr Maxewll and had shown her her injuries. Garda Casey took photographs of them.

Sgt Robert Fitzsimons said he spoke to Ms Stone and she alleged Mr Maxwell had hit her with a stun gun or a taser.

He took a statement from her and she signed it.

During her time in the garda station Ms Stone had received a phone call from Mr Maxwell which was put on loudspeaker.

He later transcribed what he could as some of it was inaudible. The phone conversation was read into the court record.

During the conversation, Mr Maxwell repeatedly denied having assaulted Ms Stone with a taser and that she should tell the gardai she had “made a mistake”.

Ms Stone said she would not because Mr Maxwell had also threatened to kill her dog.

She also said she had burn marks “where you hit me”.

Ms Stone also said that she was “trying to get you to stop bullying me”.

Ms Maxwell urged her to “deny everything and tell them you were geared out of it. That you had bought a bag of smack.”

Sgt Fitzsimons said he later searched Mr Maxwell’s house but had not found no evidence in relation to the assault allegation.

However, Mr Maxwell was brought to the station in relation to another unrelated offence and he asked him about the incident to which Mr Maxwel replied: “No comment.”

Ms McKeever submitted that there was no independent evidence of an assault .

In her victim personal statement, Ms Stone told the court that the assault had had a “big impact” on her.

However, Mr Maxwell did apologise and she accepted that apology.

“I genuinely believe he just lost his temper as we all do,” she said.

She had recovered from her injuries.

Judge MacGrath bound Mr Maxwell over to the peace for 12 months on his own bond of €250.

In a separate case, Mr Maxwell pleaded to dangerous driving, driving without insurance at Tyone, Nenagh, on July 10, 2018, and with failing to give a sample on the same date.

The court heard that he “took off at speed” and was travelling at 100km/h in a 50km/h zone. There were children in the vicinity and adults walking at the time of the incident.

Ms McKeever told the court that her client had turned 23 the day before the court case, and that he was single with a 15-month-old child.

“There is no excuse for driving without insurance while disqualified,” she said. “Thankfully, there was no accident.”

Mr Maxwell had refused to give a blood sample because he was afraid of needles,she said, but he did offer a urine sample but it was not sufficient for a test.

Judge MacGrath jailed Mr Maxwell for four months for driving without insurance, and disqualified him from driving for four years.

She gave him a concurrent three-month jail sentence for dangerous driving, and disqualified him from driving for four years.

Mr Maxwell was fined €150 and disqualified for four years for refusing to provide a sample.

Recogizance were fixed in Mr Maxwell’s own bond of €500, with an independent surety of €1,000 to be approved by the court, with a €500 cash lodgment.