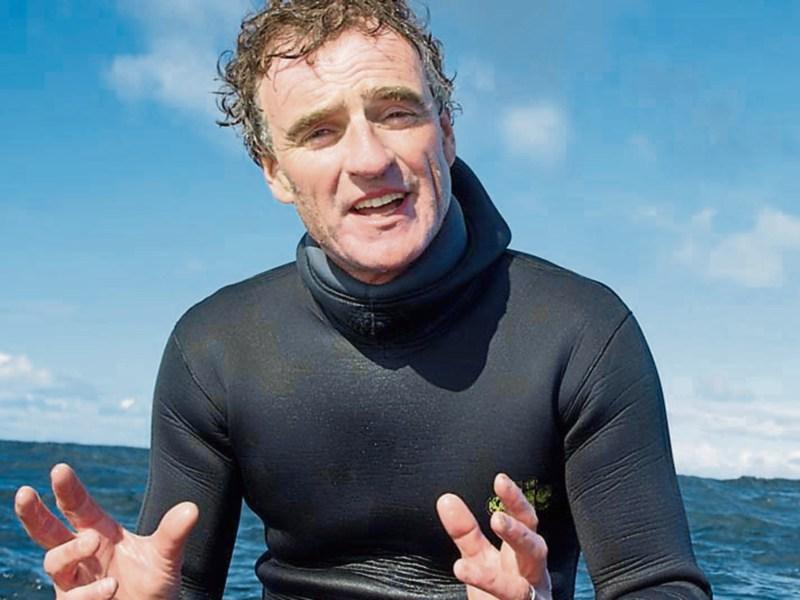 The first Irish diver to go into the eerie depths of the north Atlantic and view the wreck of the Titanic will be in Tipperary for a major dive conference.

Rory Golden from Dublin runs his diving school, Flagship Scuba, from an old CIE ferry docked in the Grand Canal basin in Dublin which used to ply between Galway and the Aran Islands.

The Titanic rests 400 miles east of Newfoundland and two-and-a-half miles under the ocean.

More people have been to outer space than to these depths of the ocean.

Rory’s dive recovered 800 artifacts and it was Rory who discovered the ship’s long-lost wheel.

He also brought with him a memorial plaque, presented by Michael Martin, creator of the Titanic Trail in Cobh - where Titanic had its final berthing - to place on the wreck on behalf of the people of Ireland.

Rory was also part of the Jeff Bezos international dive team that recovered Apollo space rockets from 4,200 metres in the North Atlantic.

He is just one of a mesmerising line up of speakers at the Dive Ireland International Expo 2019 which will be held in the Great National Abey Court Hotel on March 2 and 3.

Another talking about exploring famous wrecks will be deep sea diver Peter McCamley, who led two international expeditions to the resting place of the Lusitania, the ship that sank with the loss of more than a thousand lives during the First World War after it was torpedoed off the Cork coast in 1915.

Also taking part will be Ken O’Sullivan who made the award-winning TV series Ireland’s Deep Atlantic.

Documentary filmmaker, cameraman and ocean conservationist Ken has been behind several other well-known TV series, including Ireland’s Ocean (RTÉ); Atlantic (BBC,) and Farraigí na hÉireann’ (TG4), as well as the feature-length documentary, The Silver Branch.

Few people have been held captive by pirates, but veteran sefarer Fred Parle is one of them and he wil tell his story at the conference.

Fred was taken captive by pirates off the coast of Somalia in 2008. He was the only Irishman on board a tug-boat hijacked by the pirates, who demanded a high ransom for the return of the boat and its crew. Fred was held captive at sea for 47 days. He has also been researching the story of The Batavia, the treasure-laden Dutch East India Company vessel shipwrecked off Australia in 1629.