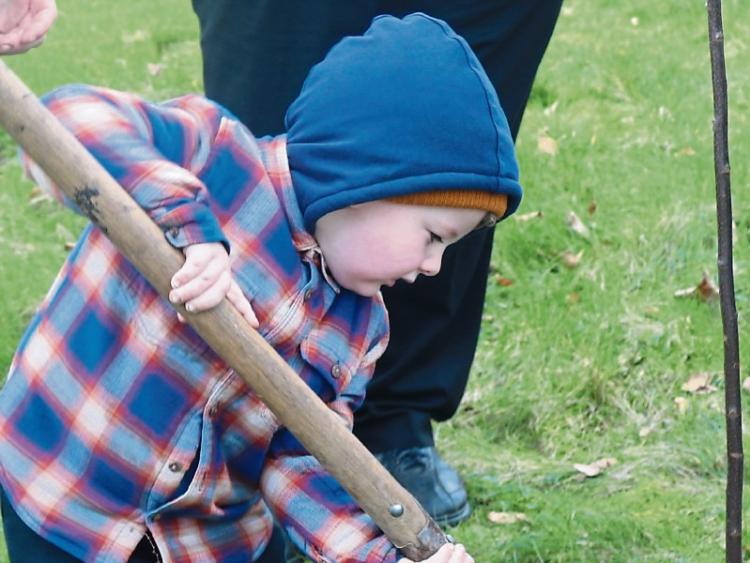 Roscrea People and Roscrea Tidy Towns have started on their tree planting programme for 2019 and have placed plaques on the commemorative trees planted recently.

2018 was a tough year for planting with prolonged periods of drought. Fortunately the major plantings of semi mature trees trees on the Limerick,

Templemore and Birr Roads seem to have survived.

A major concern was the plantings of the native saplings – some 800 along the wall at Ashbury.

Thankfully sap seems to be rising and it is thought that at least 60 to 70 per cent of these will survive.

The commemorative plaques for the 2017 People of the Year have now been placed at the trees.

A start has been made on the 2018 RPYA trees with the plantings of lime trees in Sheehane in honour of John Curry.

There six more apple trees and five crab apple trees have been added to the community orchard as part of the RP project. Other commemorative trees will be planted during the coming weeks.

A start too has been made on tree nurseries for Tidy Towns with native saplings being planted at Sheehane, Gleann Glas and Roscrea Education Centre.

A small nursery will go in at Scoil Eoin and it is hoped that small plots of ground elsewhere will be utilised as nurseries too.