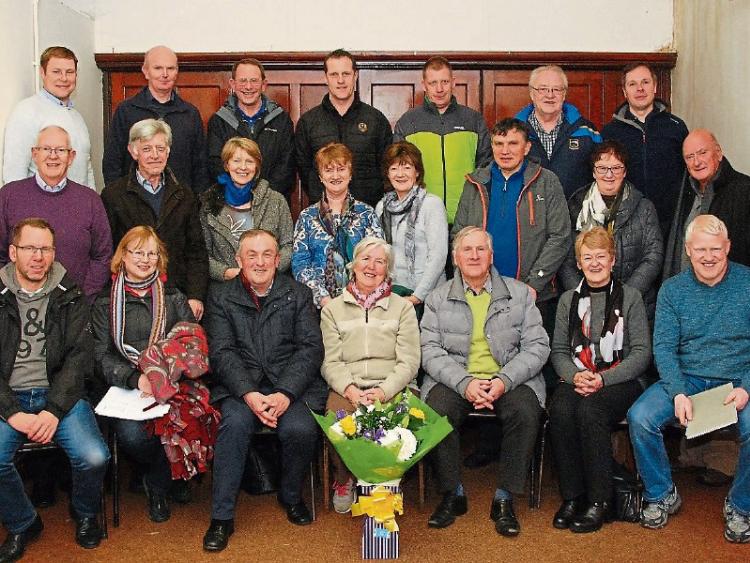 The annual meeting of Roscrea tidy towns took place on Tuesday last, February 19, at 8pm in the Abbey Hall.

The past year has proved to be a most difficult one for tidy towns due to the amount of work undertaken and the particularly dry year.

We got five marks more than the previous year and were awarded a bronze medal. Chairman Denis Ryan stated that we will have to pay particular attention to the adjudication remarks.

The areas of biodiversity and climate change are becoming more and more important for everyone to consider in the light of the major changes to wildlife and the fluctuations in our climate.

With the reported decline in our insect/bee population we will have to concentrate much of our work on these areas as adjudicators will be focussing on these in their reports.

Lots of groups are moving away from spraying as a result of this decline. Many others are growing their own floral displays.

Mr Ryan remarked on the fact that there were many people that needed to be thanked in respect of their support in the past year.

These included the special effort made by Rosemary Square and Castle Street businesses who put up so many window boxes and hanging baskets that added so much to the fine floral display this year. He expressed the hope that this will continue and that Main Street will join in the effort.

Many thanks to Doherty’s and Douglas’ hardware stores for their support. Thanks also to the ETB for their signage for the Coláiste Garden. The CE workers under the supervision of Mr. Paddy Reidy deserve a special mention for doing so much for us – from strimming, construction, maintenance and litter control they greatly contribute to our results.

A special word of thanks is due to Robert Ryan for the roadside mowing he did on our behalf on all approach roads. Thanks are also due to SuperValu and local media for their continued support. Thanks to Billy Newman for looking after the junior workers in the Coláiste and Eadaoin Coughlan for the management and operation of the poetry trail.

This year we are considering entering a float in the Patrick’s Day Parade.

Mr Ryan stated that he wished to highlight three areas that are proving to be most contentious to many.

First of these nuisances is the issue of dog-fouling on walkways. Some dog-walkers are making no effort to clean up after their dog has done its business.

Secondly, the farming community – especially those who manure their land or feed their stock using plastic bagged items. Unfortunately when transporting the empty bags many get blown into the hedgerows creating litter. We ask that they be more careful in the transportation and disposal of these items. If farmers want to dispose of their plastic bags, they could contact any member of tidy towns.

Finally, but by no means the least are our late-night revellers who seem extremely happy to dispose of their take-away litter on the streets and roads as they return home. The amount of litter that is strewn around especially on weekends is a poor reflection on their civic awareness.

The chairman acknowledged the presence of Cllr Michael Smith and estate representatives Tommy Murphy and Shane Lee and thanked them for their help and support during the year. He thanked Michael Smith for his assistance in watering during the summer – particularly of the newly planted trees on the Templemore Road.