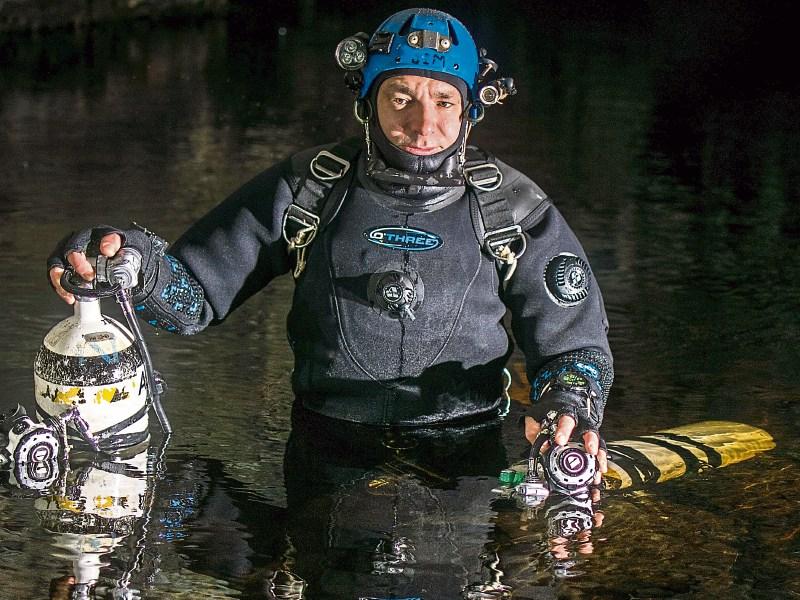 Jim Warny: the Thai cave rescue hero will be in Nenagh for a major dive event

Some of the leading names in the world of wildlife and underwater photography will be in Nenagh this weekend for the second Dive Ireland Dive Show.

The show, which is being hosted by Lough Derg Sub Aqua Club in association with the Irish Underwater Council, in the Abbey Court Hotel, kicks off this Saturday.

There is a fantastic array of exhibitors and speakers lined up for this year’s show, with participants coming from as far away as the Red Sea, Mediterranean, Canary Islands, France and Finland, as well as from across Ireland and the UK.

In all around 40 talks will take place over the weekend, the topics ranging from adventure stories to nature and environmental themes.

Sure to attract a large audience is Jim Warny, the Clare-based cave diver who volunteered his skills to the team of divers that rescued a group of young soccer players and their coach from a cave in Thailand last summer.

Rory Golden, the first Irishman to dive down to the wreck of the Titanic, will give two talks at the show.

Rory, who also helped set up Portroe Dive Centre outside Nenagh, was part of the Jeff Bezos international dive team that recovered Apollo space rockets from 4,200 metres in the North Atlantic.

Also talking about exploring famous wrecks will be deep sea diver Peter McCamley, who led two international expeditions to the resting place of the Lusitania.

Among the selection of speakers, too, is veteran seafarer Fred Parle, who was famously taken captive by pirates off the coast of Somalia in 2008.

There will be local speakers at the show, including Robert Foyle of Terryglass, who has documented the return of white-tailed sea eagles to Lough Derg; John Leech, commodore of Lough Derg Yacht Club and CEO of Irish Water Safety, and Tom Harvey of Nenagh Ormond Search Unit.

A new addition to the show is the Scuba Doodle exhibition of work by local artists and craftspeople, among them Izabella Wrombel, Jackie McGrath, Val Jewitt, Edwina Knight and Klara Moylan, Para Havatitye, Barry LeMasney, Philip Fitzgerald and ES Reuse - Emer O’Donnell and Sarah Ryan, who were recently featured in the Tipperary Star for making useful products from unwanted waste material such as old fishing nets.

And there’s lots more to look forward to, including an underwater photography exhibition and a raffle with some fantastic prizes to be won, including holidays, a cash prize, tickets to the Blue Planet II at the Three Arena, a T-shirt signed by Sir David Attenborough and much, much more.