Van stolen in raid on Co. Tipperary shop is found 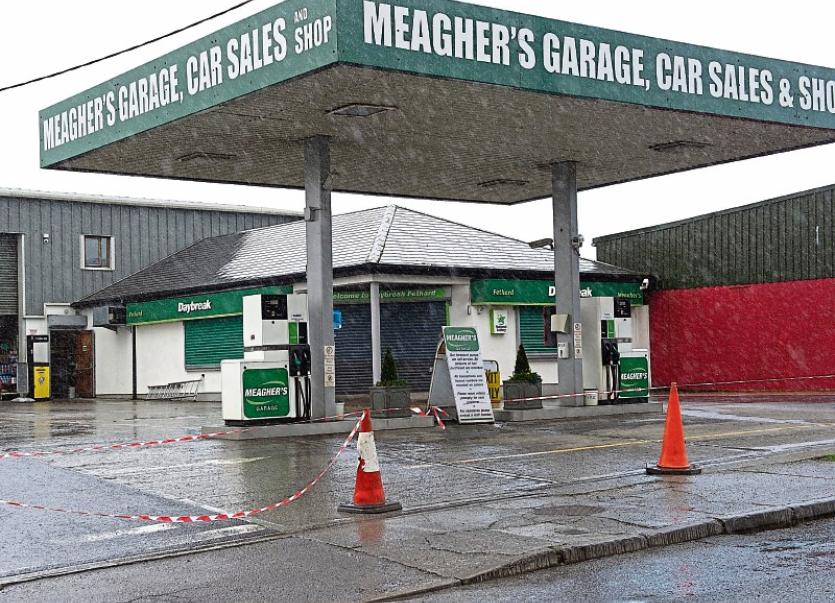 The Fethard shop raided in the early hours of Monday morning by criminals who broke into the premises by cutting a hole in the roof, was the target of a similar burglary exactly a year ago.

The gang overcame heavy security measures to steal a quantity of cash and cigarettes from Meagher's Daybreak store on Kerry Street.

The burglars escaped in a white Opel Vivaro van  they stole from the forecourt of the shop and garage.

The van, which has a registration number 12-TN-243, was found abandoned on Monday night in Stoneyford, Co. Kilkenny. Gardai are carrying out forensic examinations of the vehicle.

Store owner Iain Meagher described how the burglars broke through the security measures he put in place at the store.

He said they lifted a manhole cover across the street from the shop and cut communications wires.  They broke the store's burglar alarm off the wall and entered the store by cutting a hole in the roof and ceiling.

Once inside the store, they used power tools, Mr Meagher believes it was  an angle grinder, to cut the front off the shop's ATM.

He said the criminals also gained access to the high security cash tills by cutting them with power tools.

According to gardai, the burglary occurred sometime between midnight and when Iain arrived at the store shortly before 6am.

Mr Meagher, who lives two miles from the shop, said he noticed the store's security cameras weren't working about 4.30am on Monday.

"I thought the internet must be down and didn't think much about it at the time. I went in (to work) at about 5.30am to 5.40am and noticed the alarm had been broken off the wall. I called the gardai straight away."

In addition to the cash and cigarettes they stole, the gang took the keys of an Opel Vivaro van parked in the forecourt from the shop.

The van, which was up for sale, was used as a getaway vehicle though gardai believe the raiders must have arrived in another vehicle.

Mr Meagher said this latest raid occurred three days after the first anniversary of a similar break-in at his shop where the burglars also entered his premises by cutting a hole in the roof and stole cash and cigarettes.  This time a lot more damage was caused to the shop.

He said he did everything he had been advised to do to improve security at the store but it wasn't good enough.

"The gardai told me there wasn't much more I could have done."

His store was also burgled in 2006 just three months after he started running the business.

He recalls the store's safe was taken off the wall that time and cigarettes were stolen.

After this latest heartbreaking burglary Mr Meagher said all he can do is "bolt everything up again" and continue on.

Gda. Insp. James White of Clonmel Garda Station said gardai were going through CCTV footage from cameras in the town as part of their investigation into the Meagher's Daybreak store raid.

He appealed to anyone who was in Kerry Street and its surrounding area in the early hours of Monday morning and may have heard some noise coming from the shop or saw suspicious people or activity to contact Clonmel Garda Station at (052) 6122222.

Meanwhile, gardai are also appealing for the public's help in solving a burglary at Kenny's Centra Store at Barrack Street in Fethard in the early hours of Friday, February 15.

A sum of cash was stolen from the shop.

The burglars entered the building by breaking a window.