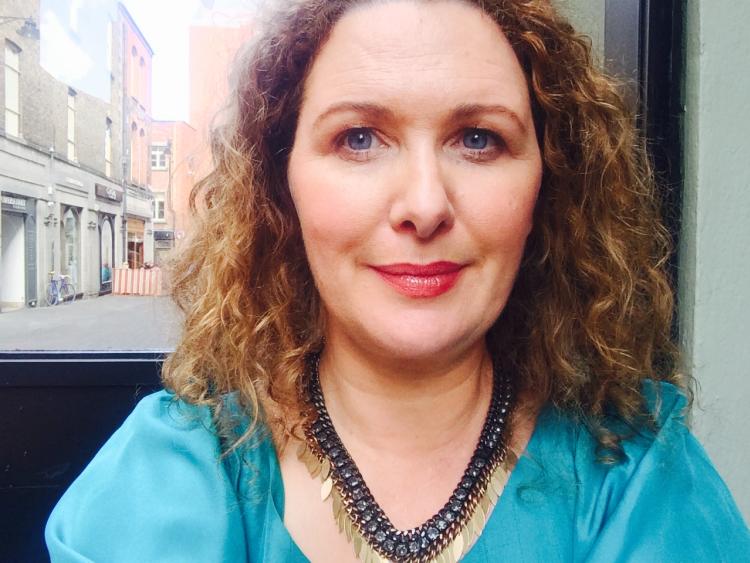 Orla Murphy’s Remember to Breathe was developed as part of a year-long Directing for Theatre programme with Fishamble Theatre at The Source Arts Centre in Thurles.

The tale of swimming against the tide and making it takes to The Source stage on Saturday (March 9) at 8pm.

The destinies of an Irish father, daughter and a Kiwi swimming coach collide in a swimming pool in Christchurch, New Zealand, via the hayfields and hay barns of the Golden Vale.

Orla had a “typical rural childhood” growing up on a farm in the townland of Ballydrehid outside Cahir. The customs and traditions of the area are at the heart of the play, which also references the Galtee Mountains.

“We spent most of our time outside and we loved summers when all our cousins came to visit and stayed with my grandparents who lived next door. We particularly loved the hay-making and baling as there were always extra people around and my mother made the best teas then,” Orla fondly recalls.

Orla loved reading, writing, going to plays and watching films growing up. Her creativity crafted together the foundations which allowed for her passion to come to fruition. “I wanted very much to be in that world, but I had no family or connections so it seemed impossible. Growing up on our farm, there was an old building that was in disrepair. One wall had fallen away, exposing the upper storey to the ground floor. I don't know where I got the idea that it could be a stage, but I did! And I persuaded my siblings and the neighbouring family, the Hennessys, to become both the cast and audience. For one wet summer, we staged plays daily - writing, directing and performing - and I got hooked.”

Orla feels theatre is “very important” to communities. “It’s a place people can go to feel, think and heal what ails them communally. A place to laugh, cry and laugh again together, and above all else a place where the imagination can roam free. There are so many pressures in daily life that it is good and necessary that places like that exist.”

She says the best part of the job is meeting audiences after shows, relishing her date at The Source. “I make theatre for audiences and not for critics. While the lovely responses from critics is good for the show, what I love most is taking the show on the road because that is when I get to meet audiences, hear their thoughts and their stories in response to the one we just told. We have had so many moving and funny moments with this show in most counties in Ireland at this stage, so I am really looking forward to bringing it home.”

Orla takes pride in Remember to Breathe winning the Lustrum Award on her birthday at the Edinburgh Fringe Festival in 2016, but admits that the industry brings with it many challenges. “There was one night during the first national tour in 2016 where 20 minutes before curtain-up the lead actor’s shoes disappeared and the lighting desk literally blew up - sparks and all - in the venue with a huge crowd waiting outside. We were the show opening the autumn programme so they had everyone that was interested in theatre there.

“Now we have 64 lighting cues in Remember to Breathe - difficult to reprogramme that many in an hour let alone 20 minutes. Thankfully someone found another desk, I cut the cues to 10 minutes, the chairman of the committee blessed us all with holy water and the show went on - as it always must - with a barefooted actor. We had a great night, which ended in the longest standing ovation we have ever had. At the end of the day the audience went home happy and that’s what it's all about.”

Thematically, Remember to Breathe is about how the ripple effects of “big economic, environmental and social events are felt by small ordinary people in rural communities”. Orla says it’s a relatable story because the “world is full of people who leave and people who stay behind without them”.

She adds: “It’s a show about survival, redemption and the strength people show in adversity. It’s a celebration of the beauty of the Irish countryside and of how that never leaves you once you've experienced it. And it is also, I hope, shot through with the dry Tipperary that I grew up hearing. The character Johnny in particular reminds me of many men I used to listen to coming and going on the farm and in the co-op. He has a way of putting things that are both funny and wise at the same time.

“Doreen, who is a Kiwi, is nonetheless inspired by the women I knew growing up. She doesn't do self-pity and she's strong but has a great heart underneath it all. And Maeve is probably closest to my own experience, having emigrated very often myself and now happily settled back here in Ireland.

“My own childhood was marked by emigration and return, as was my extended family’s. Growing up in the country never leaves you and the sense memories of that time have found their way into the play in a very strong way. We also have a hay bale in the show, which is very important to the plot as you'll find out if you come see it.”