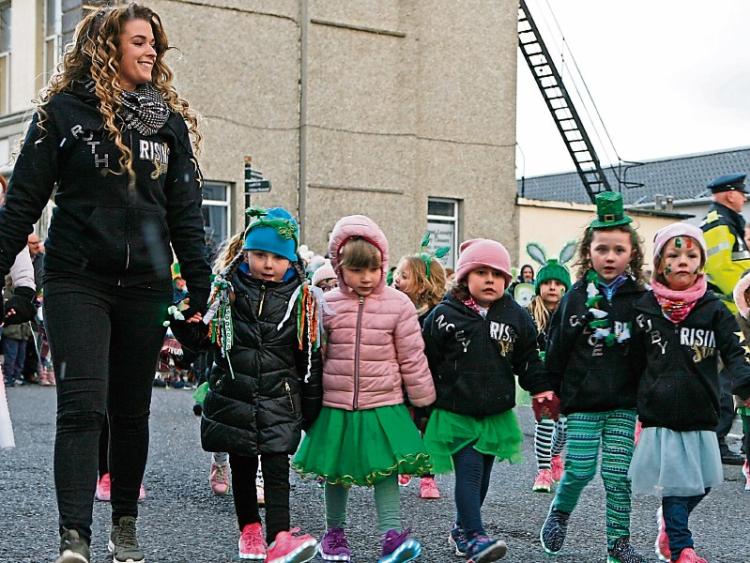 Carrick-on-Suir's St Patrick's Day Parade organisers are encouraging the people of the town and district to get on their bikes this Sunday, March 17.

The theme for this year’s parade is Cycle with St. Patrick and the organising committee is encouraging the people of the town to partake in the parade by getting on their bikes.

The parade will kick off at 3pm from the Glanbia Co-op in Carrickbeg and wind its way through Main Street and Kickham Street and conclude in the Town Hall Car Park.

Tomas Roche, organising committee member, is looking forward to a great day in the town.  “This year we want to encourage members of the pubic and attendees of the parade to enjoy the wonderful scenery that surrounds the town.

“  What better way than by bike. It’s a great form of exercise, it’s great for the environment and if you’re aged eight or 88 you can enjoy a pedal.

“We’re also delighted to have some walking groups such as clubs and schools in the parade this year.  We’ll also be welcoming the Hope Field High School’s U-16 and U-18 rugby teams all the way from the Western Cape in South Africa.

"They’ll take part in the their first ever St. Patrick’s Day Parade, but not before playing Carrick-on-Suir RFC in Tybroughney earlier that day at 11am.”

“To keep the crowds entertained, we also have some great events taking place before and after the Parade, so people can enjoy all Carrick-on-Suir has to offer. There will be food and craft stalls located at Town Hall Car Park and we’ll have family entertainment provided by Dmax Events, with amusements and a fun fair, located at Town Hall Car Park right throughout the day.”

Tomas is encouraging any groups, businesses or clubs to get in touch if they would like to take part in the parade or are interested in volunteering on the day.

He also urged the people of the town and district to turn out in large numbers to enjoy the local festivities.

For further details about the Carrick-on-Suir St. Patrick’s Day Parade visit their Facebook page or if you are interested in taking part on the day or volunteering call David Dunne on 086 347 6317.