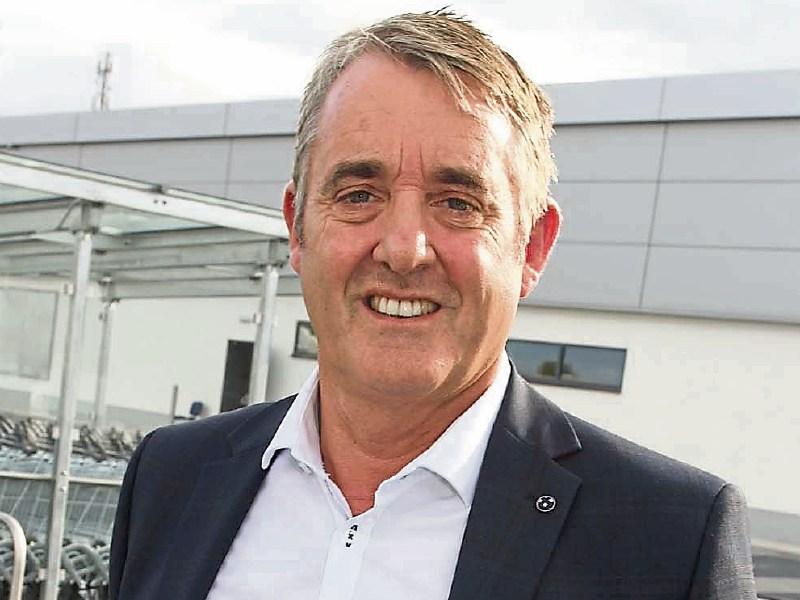 Two-Mile-Borris developer Martin Healy has welcomed news that a major home ware chain is to open shortly in the former Lidl store in Nenagh, creating 45 jobs in the town.

Mr Healy purchased the former O'Connors Supermarket site on Martyrs Road a number of years ago, which included the Lidl store, and the German discount chain developed a new store on the site which incorporates car parking and a plaza.

Now, Home Savers, a home ware discount chain with a number of outlets around the country, including Limerick has been announced as long term tenants for the former Lidl premises, which comes in at 20,000 square feet.

The entire development will cost in the region of €1.3m.

"I am delighted with this. Everything is happening in Dublin but there is a change in the economic climate and we are in challenging times with Brexit and its uncertainty," he said. "This is a vote of confidence in Nenagh and Tipperary."

Around 30 people are currently employed on the site kitting out the new store, which is expected to open in about four weeks' time.

As part of the planning process, the development will facilitate Tipperary County Council plans for an inner-relief road in Nenagh.

The new road will run from outside the Abbey Court Hotel and around the back of the new store before joining the Thurles road at Tyone.

The developer revealed that he is in talks with a UK company to develop the last 20,000 square feet on the site for office space and if that comes to fruition the entire site will be complete.

When this happens the entire area will be transformed between developments at the nearby hotel, housing, Sheahans new Home Store development and the new Lidl store.

There are plans to link the quarter with the town's main shopping area through a series of walkways.

Meanwhile, Mr Healy said that his plans for the former Munster Hotel in Thurles are still in the planning process with the council seeking further information.

It is planned to change its current use to retail.

"This has been in planning process for the past three years and is very costly," he said.

However, Mr Healy revealed that there had been interest in the development since it entered the planning process.